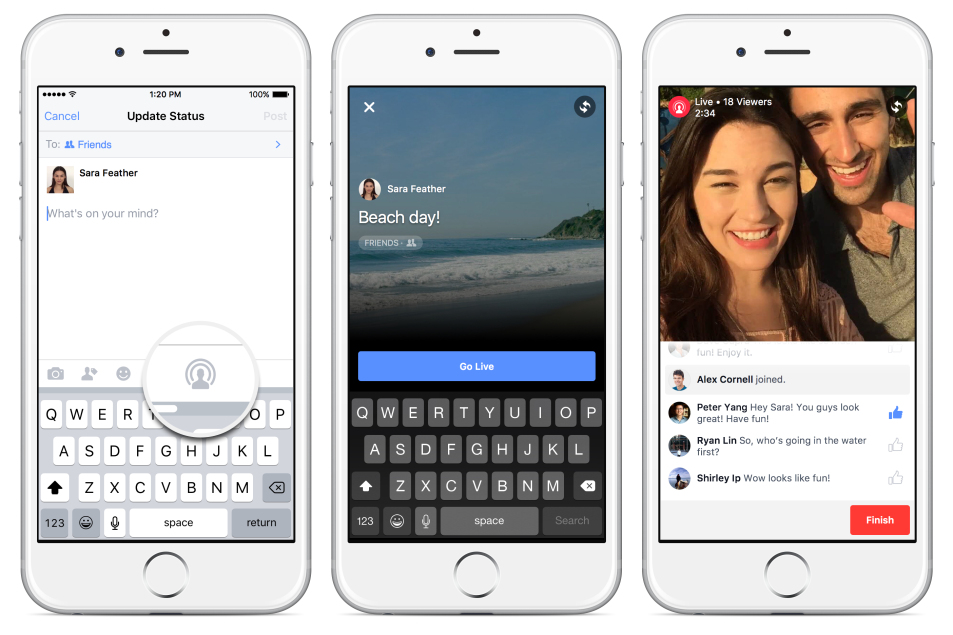 Facebook is the worst. For a company the size of Zuckerbergville, it is shocking to me that they continue to create new apps and services that are iPhone exclusives. But they do! Like today, they created this new live video feature, which sounds like a Periscope rip-off, that is….hold…wait for it…only available for a couple of iPhones at the moment! Yeah, iPhones!

I’d sit here and tell you about it beyond it being a Periscope rip-off, but I don’t even care at this point. I’m basically just typing to type, because who knows if you’ll ever get this feature. Like I said, they are testing it on a “small percentage of people in the US on iPhones.” Will you ever be able to live video chat on Facebook with your Galaxy S6 or LG G4 or Turbo 2 or Nexus 6P? Probably not. Because by the time their employees, who are forced to use Android phones, but probably still are closet iPhone users, get around to installing Android Studio, you will have another phone that may or may not be supported.

Oh, they also announced a Collages feature where you can “share experiences captured with your phone’s camera by grouping photos and videos that were taken together into a scrolling, moving, collage.” It’s rolling out to iPhones today. Android users, you have to wait until some time “early” next year. So, maybe by March, you’ll have it. 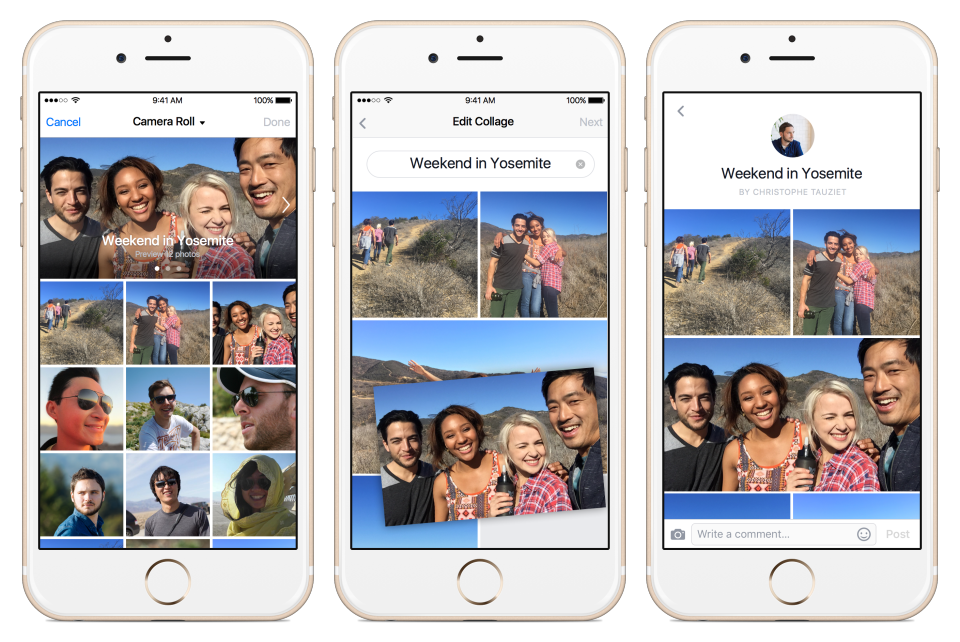 Maybe we should all go buy iPhones.