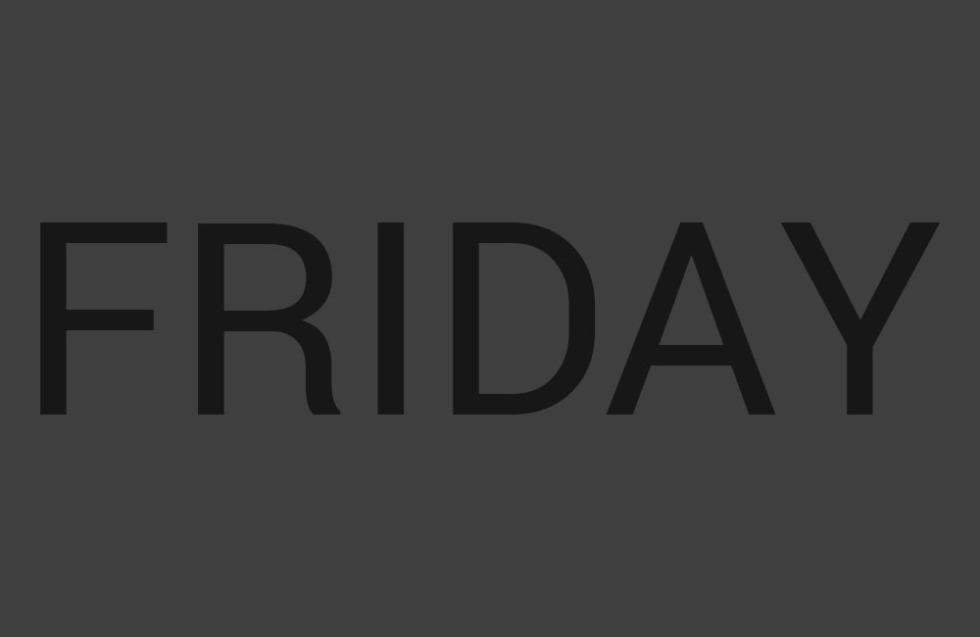 Like we do most years, we are once again putting together a decent Black Friday round-up of the deals that might interest the good people here at Droid Life. This isn’t going to be the ultimate in Black Friday guides, because well, there are dedicated Black Friday websites that do that better than we could ever think of doing. This one, like in the past, is focused on the Android stuff and the accessories that go with the Android stuff and the occasional other electronic that may or may not go with Android stuff, but still might be of value thanks to a deep discount.

As the we close in on November 27, Black Friday day, we’ll continue to update this post. Feel free to check back!

Amazon is finna go H.A.M. on Black Friday, because they want you on their site buying all of the things that big box stores will try and get you to stand in line for. That means deals for days, not just the day after Thanksgiving. In fact, they are kicking off 8 days of holiday deals starting November 20 and pushing them through Black Friday and beyond.

They’ll have TVs on sale, along with their Fire products, accessories (SD cards and such), fitness trackers, Samsung’s tablets, and more.

As we get closer to Black Friday, we’ll update this section with direct links as they pop up.

They have a dedicated Black Friday Hub, which you should visit regularly if you are interested in doing your shopping from Amazon.

As is always the case, Best Buy has more deals than you can probably handle. With that said, here are a few that are standing out already. Also, keep in mind that Best Buy is holding back some deals until Thursday.

Here is the full Best Buy Hub for all of the deals, including those on TVs, appliances, computers, speakers, video games, and more.

Costco doesn’t have a ton of deals, but they have a couple for Android folks.

You can now add the DL Deals Store to your Black Friday destinations, as we have a coupon code that will save you an extra 15% off of all of the already discounted prices. All you have to do is plug-in “BLACKFRIDAY” at checkout and the prices will drop. There are some exceptions, but for the most part, all of the stuff you want works with the code.

Here are some decent options:

Google finally posted its Google Store plans for Black Friday and Cyber Monday last night, many of which are quite good. We’re talking discounts on Nexus products, accessories, Android Wear, Chromecast, and more.

Google Play opened up a Cyber Weekend Deals special last night that you should definitely take a peek at over the next few days. You’ll find games for as low as $0.99, big discounts on in-app purchases, 50% off other apps and their subscriptions, music deals with albums as low as $0.99, new movies to purchase for $5.99, and books and other literature for super cheap.

To view all of the deals, hit up the link below.

I’m not seeing a ton of Android-related deals from hhgregg, but there are a couple worth noting.

Here is a link to the full hhgregg Black Friday ad.

HTC has a bunch of deals on everything from their new One A9 to last year’s Nexus 9, the One M9, and all of their accessories. The One A9 deal is somewhat enticing, assuming you want to trade in your current phone. Here are the details.

Huawei is discounting the Huawei Watch through their online store, at BestBuy.com, Amazon, Target, and the Google Store from $50 to $100.

Nest has a couple of deals to consider for the weekend and through Cyber Monday:

You can find all of the specials at this Newegg Black Friday Hub.

Here are the big links by category:

Here are some individual deals worth looking at:

You can find all of Samsung’s Black Friday deals at the link below.

All of these deals can be accessed at the link below.

T-Mobile isn’t doing anything really big, but they do have these deals running:

Here is a link to all of T-Mobile’s Holiday Deals.

TYLT is back once again with a big Black Friday sale. This time they are doing 35% off their entire wireless charging line, plus 50% off all other products.

The big push Verizon is making is for this $500 switch credit/discount when you trade in your smartphone from another carrier and join their network. With this deal, they are slashing $200 off of smartphones, then giving you up to $300 for your trade-in. If you do that and qualify for the full $500 off, you can get into phones for these prices:

If you don’t want any of those phones, Verizon is also doing $100 off other phones, plus the $300 trade-in credit. That would get you into these phones for the these prices:

And if none of that sounds fun, here are some other deals.