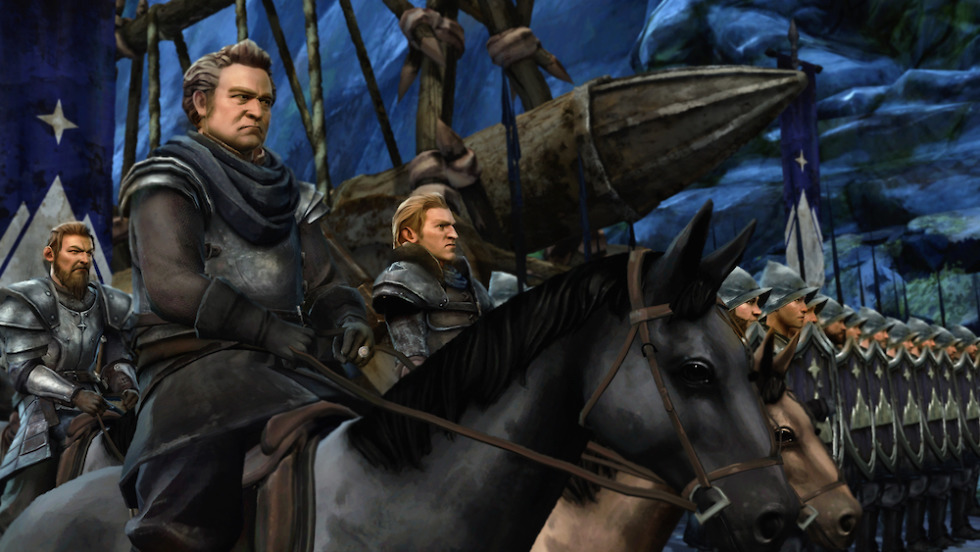 Announced today, the season finale for Game of Thrones from Telltale Games is set to launch across all platform next Tuesday, November 17. This will be the sixth episode of the game’s life cycle, and unless Telltale and HBO decide to push forward due to popularity, it may be the last time we hear from House Forrester.

As for what is happening in this series of games, House Forrester is caught in the middle The War of the Five Kings, which leads our playable characters to do everything in their power to keep outside forces from bringing doom to their family and land. Throughout the series, many of the TV show’s most popular characters make appearances, such as a few Lannisters, Boltons, and even Jon Snow.

Here is the only description Telltale provides for the finale, which is sure to be very epic. I mean, it is Game of Thrones, right?

Your story is about to come to an epic conclusion. With House Whitehill tightening its grip on Ironrath at the behest of Ramsay Bolton, the remaining Forresters must give their all to save the family, whether through diplomacy, subterfuge, or violent force. In the frozen wilds beyond The Wall, Gared learns the secrets of the mysterious North Grove, and Mira discovers that political games in a King’s Landing controlled by Cersei Lannister often involve the highest stakes of all.

If you still have not played any of this series, you should check it out. It’s definitely worth the time, if you are a fan of GoT.