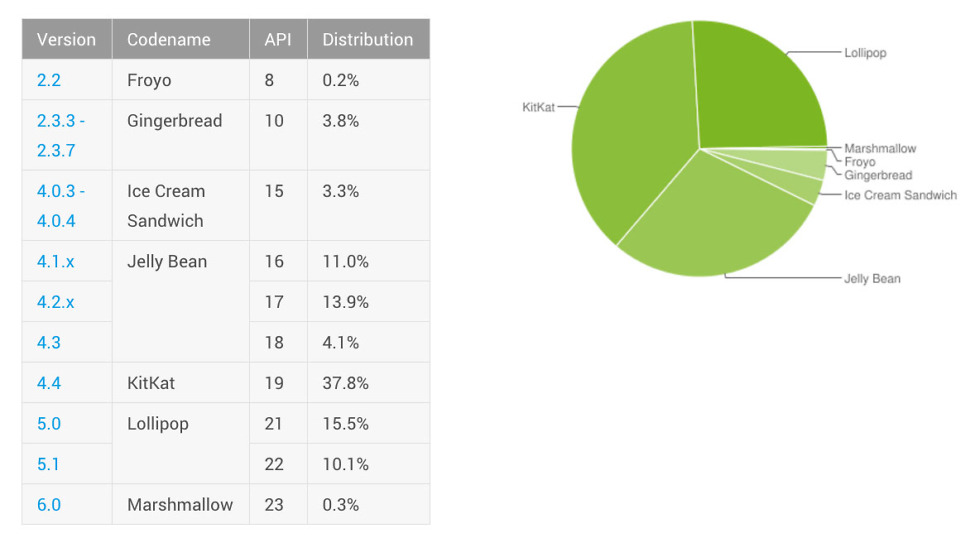 Google updated the Android distribution numbers today for the month of November to show any changes or shifts that have taken place within the past month. The numbers aren’t wildly different this time around, but we are seeing the debut of Android 6.0 Marshmallow to the chart.