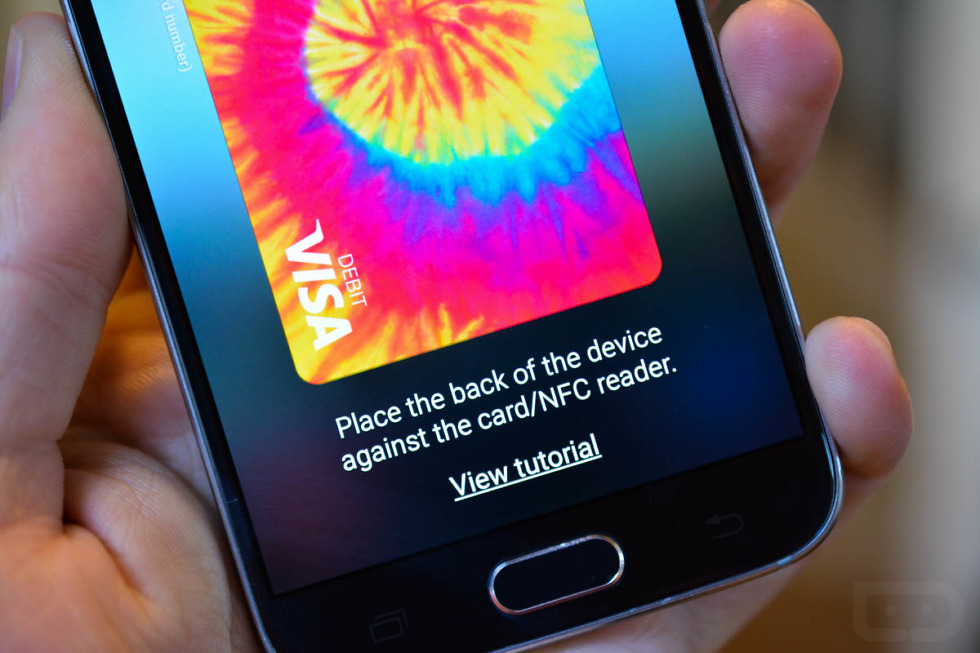 According to a tweet sent out recently from Will Graylin, Samsung’s Co-GM of Samsung Pay, Samsung device owners on Verizon will be able to download Samsung Pay directly from Google Play. As mentioned in the tweet, Waylin says it should be available, “in the next week or so.” This is great news for new Galaxy device owners on Big Red, but excuse us while we question Mr. Graylin’s statement.

I could be completely off base here, but the tweet sounds very iffy to me. Not only has Verizon not given any inclination that they are ready to announce support for Samsung’s mobile payment service, but Graylin claims that the Samsung Pay app will be downloadable via Google Play. As most Samsung device owners should know, this app is not available via Google Play for anyone, or even from the Galaxy Apps application. The app comes preinstalled on the newest Galaxy devices, and is not available via 3rd-party stores anywhere, at least right now.

Is it possible that Samsung Pay could hit Google Play? Sure, there is nothing stopping that from happening, but with Samsung in love with their own ecosystem, it seems unlikely.

And again, the last we heard, Verizon was still “evaluating” the service altogether, and Verizon seems more key on promoting Android Pay to their customers than acknowledging the whereabouts of Samsung Pay.

For all Verizon customers who own a new Galaxy device, here is hoping the two companies can work this out, and Mr. Graylin is correct when stating that you should be able to download it in “the next week or so” directly from Google Play.

Although, I wouldn’t hold my breath. 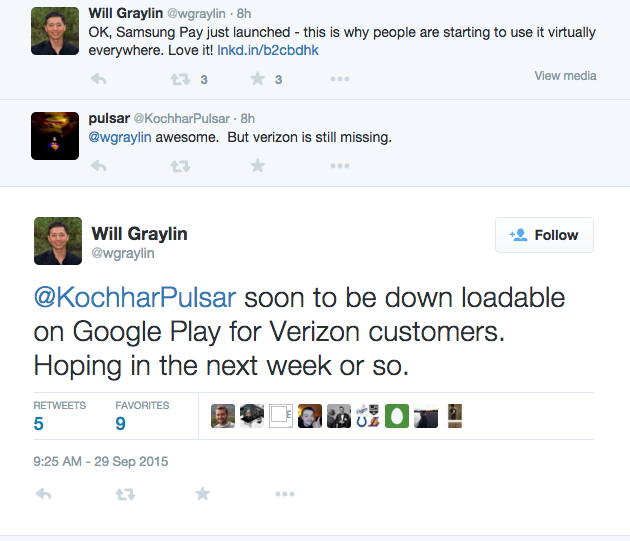