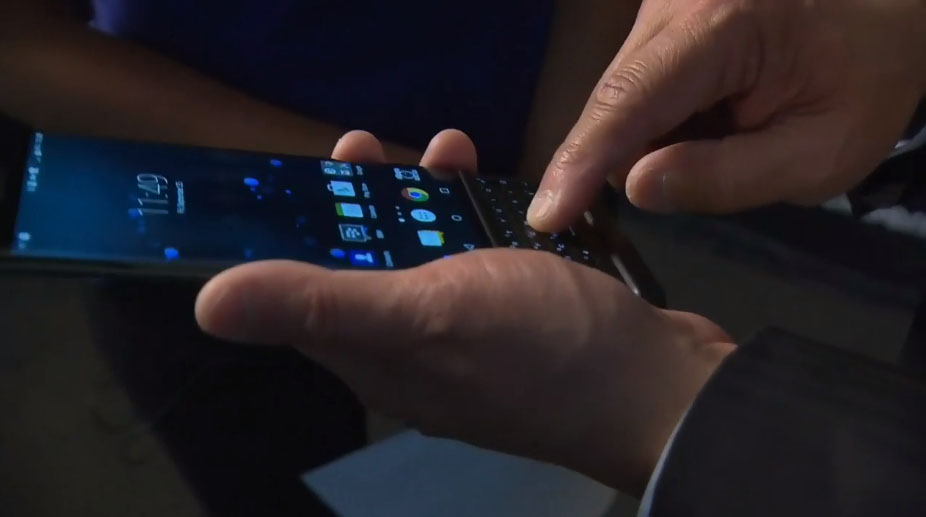 Blackberry Priv, like give. That’s the proper way of saying “Priv.” We now know, which is good because even after a 5-minute conversation on the matter during today’s DL Show, we were 100% wrong. Dammit. We thought Priv as in leave or sleeve. Silly Android people from the US, you know nothing.

Anyways, I bring it up because Blackberry CEO John Chen did a little hands-on song and dance with the phone today through Canadian news outlet, BNN. It’s awkward, to say the least, but also quite comical and incredibly awesome, because I don’t think he even knows how to use it.

First, he starts off by confirming the name and how it’s pronounced before fumbling over the meaning of Priv, which is part privacy and privilege, apparently. After that, the conversation moves into specs, like the fact that “it runs Google” (not Android, mind you), a 5.5-inch curved display, the “latest Qualcomm specs and the cameras and all that good stuff.” Yes, all that good stuff.

But somewhere in between there, Chen attempts to show the BNN correspondent how the phone works, but ummm, I don’t know that he quite understands his new flagship phone. As you watch, you can almost imagine his mind saying, “Wtf…home button…do something dammit…why are you not…Oh…Chrome! Let’s do Chrome! Wait, shit, it isn’t set up. Think of excuse, like it’s a demo unit! SWIPE UP LIKE IN BB10 to change tasks…wait this is Google…err Android. SHIT. Ummm….the specs and stuff, all the latest, yeah, say that! Qualcomm and cameras, yeah. What? She wants the keyboard now? That’s our BOO-YAH MOMENT…stall…curves! Apps! OK, she doesn’t care. KEYBOARD TIME. BOOM. And yep, she’s impressed.”

Man. Canada. I do love you.