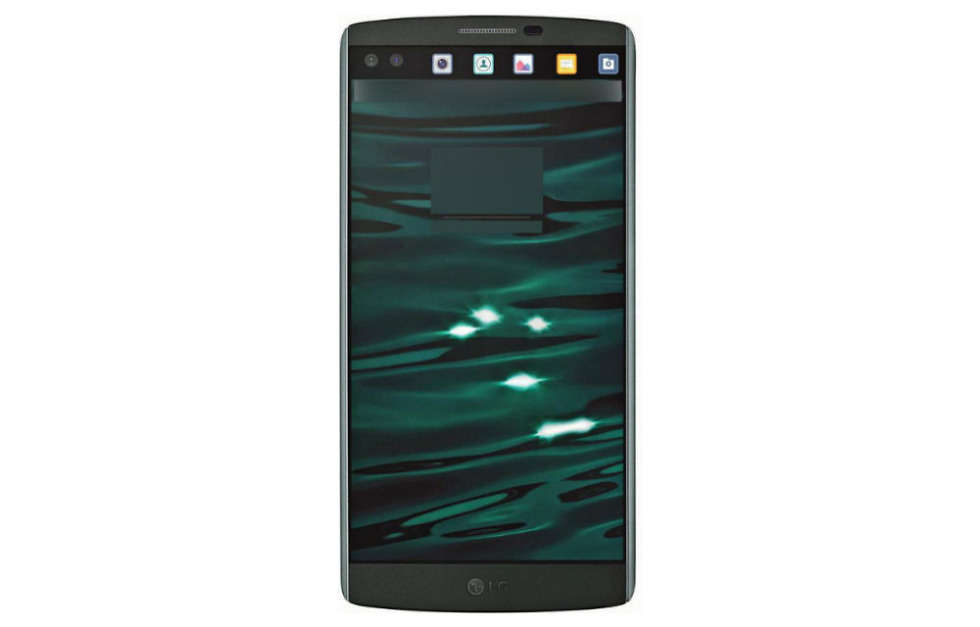 LG is hosting an event on October 1, and thanks to @evleaks, we have a pretty good idea as to what the company will be showing off. Today, Evan released a press render of the V10 “Ticker” device, featuring its secondary display. Oddly enough, the second display appears to be on the top of the device, which should have potential buyers really working out those thumb muscles.

This render shows what appears to be a secondary front-facing camera too, or the render is just incorrect and one of the circular cutouts will be a sensor of some kind. Although, with 2 front-facing cameras, we could get some righteous 3D selfies going on.

With the secondary display on top of the phone, we pretty much need LG to explain how we are intended to use this device. With this placement, it seems rather inconvenient to use with just the stretch of the thumb.

October 1, we should know everything.