Will the new Nexus devices run on Verizon? Which Android Wear device should I get? Do Android flagship devices totally suck this year? These are a few of the questions we were asked last week, but with all of the IFA excitement going down, we were not able to post them on Friday. Now that we are back from the holiday weekend, it’s time to answer all of these fantastic inquiries.

Down below, the DL team gives their answers to your questions. Check it out.

Is it just me, or was 2015 a really pathetic lackluster year for Android flagships?

K:  I’d argue the opposite actually. 2014 was probably the worst year in recent memory. This year, we saw a revamped Samsung deliver unmatched phones that will be unmatched for a while. Motorola finally decided to care about a camera. Google is giving us two Nexus phones. Sony’s new Xperia Z5 line-up sounds incredible. Prices are dropping rapidly. 2015 has been awesome.

T:  What? Pathetic? How dare you, sir. 2015 totally kicks ass! We have the Galaxy S6 (sexy), Galaxy Note 5 (fantastic phone!), Moto X Pure Edition, plus multiple Nexus devices on the way! Your question is baseless and absurd. I would argue that 2015 is the best year we have ever had for Android flagship devices.

R:  I thought it was a great year so far. We still have yet to see what Google has for us, but Samsung put out some great devices and Motorola’s new Moto X looks like a stellar device with a decent camera this time around. The perfect phone still doesn’t exist, but I think this year was far more exciting than last.

Now that Android Wear is available on iOS, do you see Wear devices outselling the Apple Watch?

K:  Probably not. But, if Google or its manufacturer partners can promote iOS benefits properly, it should certainly help boost sales quite a bit. Android Wear watches just look so much better than the Apple Watch, that watch people who use iPhones should be excited.

T:  While the idea that iOS users can now access additional options, Android Wear does not offer as many features as an Apple Watch on iOS. I think consumers will see that and will opt to continue purchasing an Apple Watch if a smartwatch is something they truly want. Android Wear for iOS is basically worthless, in my opinion, when compared to the Apple Watch.

R:  I don’t think so. If you have an iPhone the Apple Watch still makes more sense to get because it integrates with the ecosystem so much better. Maybe if you have a large investment in Google services it would make sense? The problem with Android Wear not selling isn’t because it needed iOS support. The problem is most people don’t need or want a smart watch and Google has yet to advertise a compelling use case for most people. 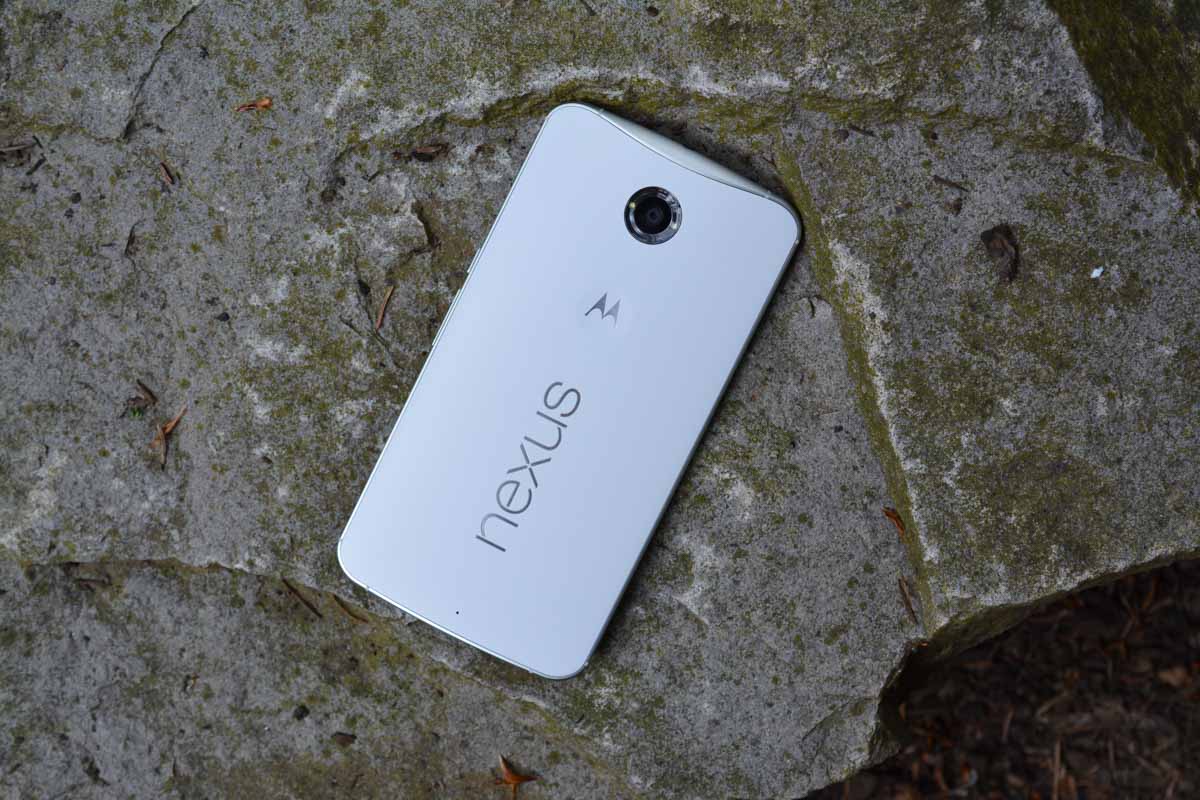 Will the upcoming Nexus devices work on all major US carriers, including Verizon?

K:  I’m guessing so. These phones are almost guaranteed to work with Project Fi and that’s part of the deal with Fi, is that you have a radio that can attach to almost any network. Plus, if Motorola can sell an unlocked phone that works on Verizon, I can’t see why Google would stop.

T:  My guess is that the new Nexus devices will work on Fi, meaning they should feature enough radios to allow for compatibility on Verizon. So, yeah, Verizon will hopefully support the devices. I hope we are past the days of Google vs. Verizon.

R:  You never know. I was just talking about this with a friend. The Nexus One was supposed to come to Verizon and never did (although they did have test units out there), the Nexus S didn’t (but did work on Sprint), the Galaxy Nexus did, the Nexus 4 didn’t, the Nexus 5 didn’t (but again, did work on Sprint), and the Nexus 6 did (although official support was delayed). So out of six Nexus devices two have been on Verizon. That’s not a great track record, although the chipsets have made it much easier for OEMs to support all carriers out of the box even if a certain red company doesn’t tend to do so without making users jump through some hoops.

How long do you guys recommend keeping a device/upgrading?

K:  All depends on your budget. If you have cash to blow and love new things, get them as often as you want. If you aren’t made of money, then thankfully, phones these days can probably get you through 2 years.

T:  If you can afford it, I would recommend upgrading your smartphone once a year. In my opinion, this allows you to have the latest and greatest version of Android, latest specs, and best hardware.

R:  Everyone is different. If you have a Nexus you could in theory use it for three years or more since you know you’ll get updates. Outside of that it’s hard to recommend using a device for longer than two years given that most devices don’t receive updates longer than that. Obviously you can keep using a phone on older software, but if you’re reading this website then you probably don’t want to do that. 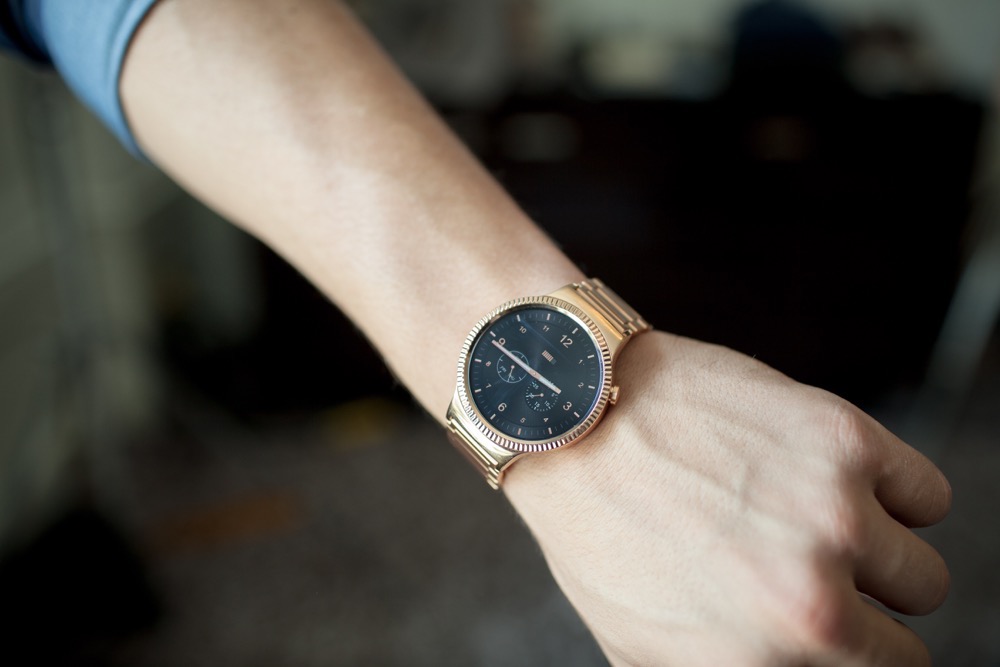 What new Android Wear device are you most looking forward to?

K:  Huawei Watch right now. But Moto 360 (2nd gen), the more I see it, is starting to get me excited as well. But I just love that both Huawei and Motorola are trying to really make nice looking watches that also do Android stuff. Watches should look like watches first, then do the smart stuff.

R:  I think the Huawei Watch looks the best from a hardware perspective, but I think Android Wear needs another redesign to make it really useful and easy to navigate for new users.

Why are you so bitter about the new Blackberry?

K:  Hah, guessing this question is directed at me. I don’t think I’m bitter, I just don’t understand the excitement. I get that people have this history with physical keyboards, but at this point, virtual keyboards are so much better and faster. I’ll give people a week with the Venice and I bet they all go “I don’t even use the slide-out keyboard…it’s slow and not smart enough.” Also, this is Blackberry we’re talking about. They make shitty phones. Not once have they give us a phone with a touchscreen that is good. Never once in their entire history. Why would anyone want one?

T:  Because why does this need to exist? It seems that every argument I see in favor of a BlackBerry device has holes in it, and really, it boils down to personal preference. Why so many people feel the need for a dedicated QWERTY keyboard in 2015, I don’t know. Seems redundant to me. Back when I had a LG Voyager, the touchscreen was so garbage that using the physical keyboard worked better, but display technology is so good, and I love swiping, that a physical keyboard is not something I need. But hey, this is America, the greatest country on Earth, a place where you can purchase any device you want. USA! USA!

R:  I can’t wait to play with the Venice. It looks gorgeous and deep in my heart I know it will probably be disappointing, but the Pre fanboy in me needs to try that thing. Portrait sliders for life!