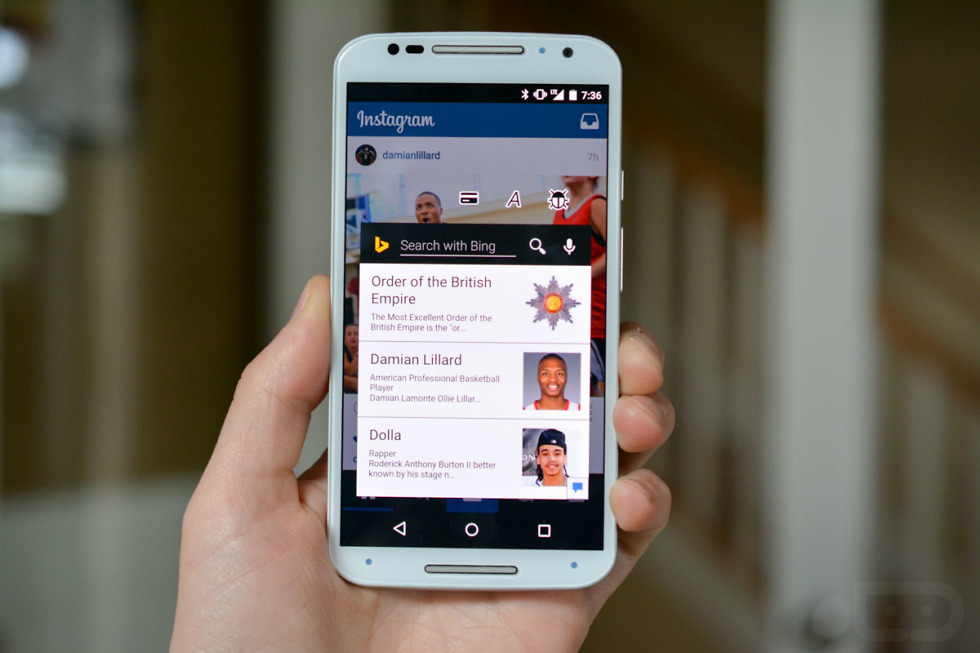 Google Now on Tap is one of those features that can’t get here soon enough. As a refresher, Now on Tap makes Google Now smarter and more present by allowing Google to scan your screen to present you relevant information when you need it, without the need to leave that screen. It’s like an on demand service that could bring you movie show times when in an email string with a friend who wants to catch a flick or restaurant reviews after your sister mentions a specific lunch spot in a text conversation. Unfortunately, it’s still not here even though Google first announced it back in May at Google I/O. We are expecting it to launch with Android 6.0 Marshmallow later this year.

As we wait for that to arrive, Microsoft has snuck in with a similar release of its own through the official Bing app. An update today introduces “Snapshots” or “Snapshots on Tap,” which as the name suggests, is a lot like how Google’s Now on Tap should work.

With the new Bing app set as your default home long press or swipe up (replacing Google Now), you can now allow Bing to scan your screen and then attempt to present you with useful information. I’ve had it bring up Wiki pages for Instagram users, ask if I want to play music through Spotify from Eminem, and even brought up travel booking options.

It’s not 100% awesome, but it does get you into the idea of an on tap experience today.