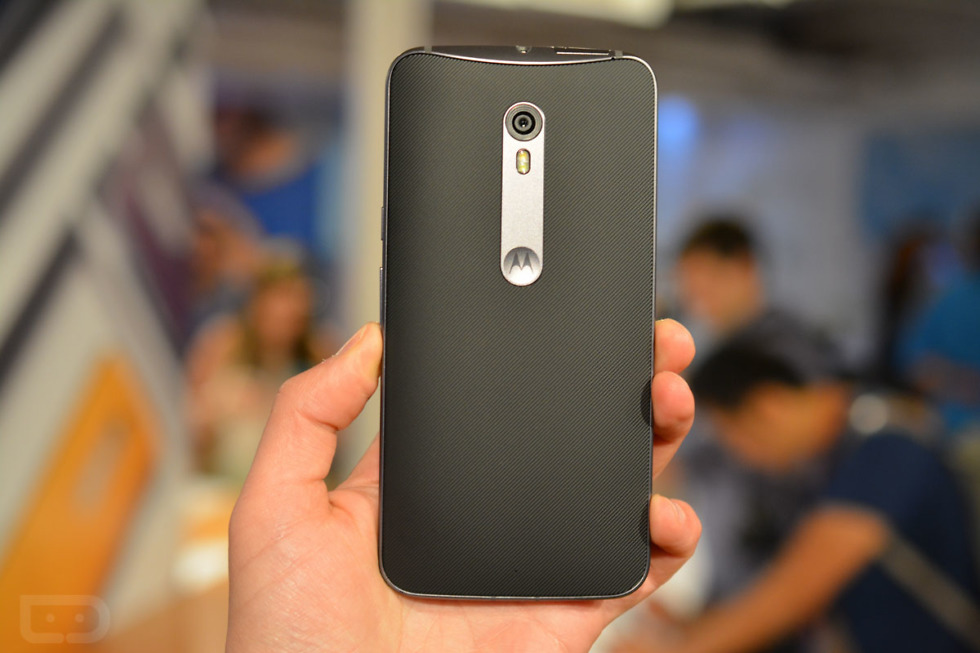 Motorola, via Twitter, just announced that its new flagship phone for 2015, the Moto X Pure Edition, will arrive September 3. Previously, Motorola would only state that the phone was coming in September, which left a few of us worried that it might not arrive until the end of the month. With September 3 now set in stone, you only have three more weeks to wait.

You have to be excited, right?

As a recap, the Moto X Pure Edition (also known as the Moto X Style outside of the US) is essentially the 3rd generation Moto X. It features a 5.7-inch QHD LCD display, Snapdragon 808 processor, 21MP camera, 3GB RAM, 16GB/32GB/64GB of internal storage plus microSD support, 3000mAh battery with Turbo Charging, Lollipop, and front facing stereo speakers (full specs). It will also be customizable through Moto Maker with a number of options, including leather and natural backs. You can view most of the options here.

The phone will cost just $399 to start and will be fully unlocked, with support on all of the major US carriers. Yes, that includes Verizon, AT&T, T-Mobile, and Sprint.

Keep in mind that this phone won’t be sold through carriers and will instead only be available at places like Amazon, Motorola’s site, and Best Buy. Motorola is going with the direct-to-consumer approach with this phone to help cut down costs and make sure updates are available quicker by cutting out the middle man. It’s an approach not typically used by companies like Motorola, but it’s one we all need them to succeed in. If Motorola can win with direct sales, it could mean cheaper and better unlocked phones from other companies down the road.

Are you going with the new Moto X Pure Edition or are you waiting for something else?

Update:  Motorola deleted that Tweet for some reason. Here is a screenshot of it. 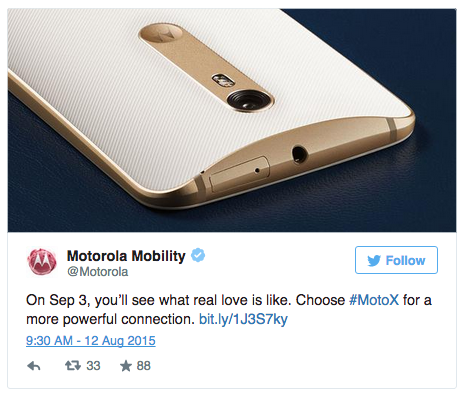 Here is our quick tour of the Moto X Pure Edition from the phone’s launch event.