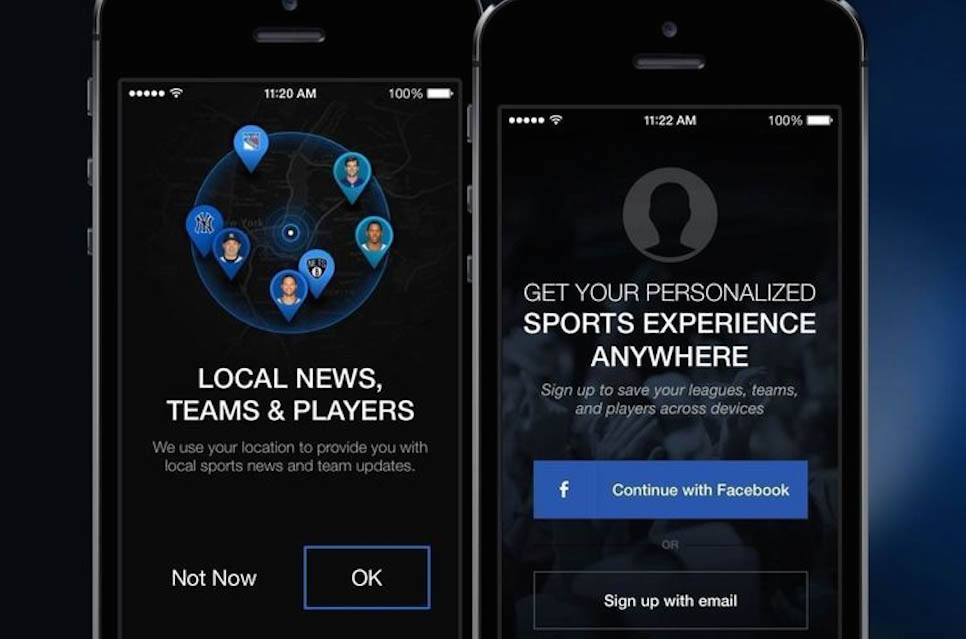 As a massive sports fan, I can’t go more than an hour or so without grabbing my phone to check the latest top news stories. After ditching ESPN’s (whatever-they-are-calling-it-today) news app years ago, I settled on theScore, because it was quick with alerts, had a decent UI, was constantly updated, and again, wasn’t a part of ESPN’s hypebeastness/Tebow/Manziel/(insert other obnoxious, non-headline-worthy story) agenda.

But while I’m a fan of theScore, it has also been missing one critical feature that ESPN’s has had since day one – account syncing and saving across devices. I tend to switch devices on a regular basis, but with theScore, that meant having to setup all of my favorite teams and alerts each and every time. In 2015 (or 2014 or 2013 or even 2012), that’s kind of ridiculous. How has this app not had any sort of syncing? Well, beginning today, it does.

theScore announced this morning that it has added in user accounts that allow you to synchronize favorite leagues, teams, players, and alerts across multiple devices. These settings also “follow you everywhere,” so as you change devices, you aren’t asked to set everything up again.