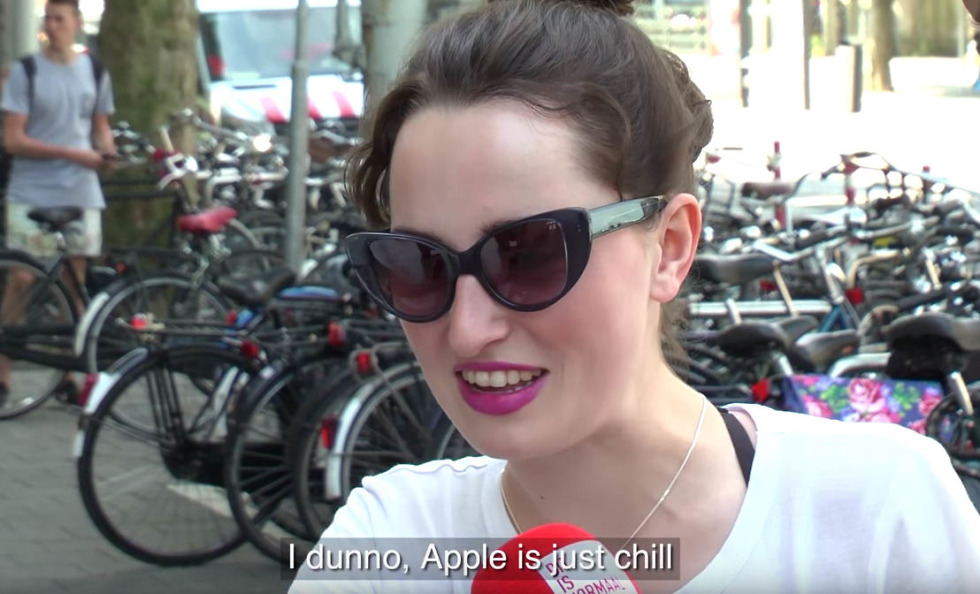 What happens when you load up a fake iPhone with Android, tell people that it’s running iOS 9, and ask for their reactions? You get the best of Apple fankids talking about how everything is awesome because Apple made it. It’s the best kind of comedy for smartphone nerds, just like when Jimmy Kimmel has people react to the “new” iPhone that is really just last year’s iPhone. People say ridiculous things because in their minds, Apple can do no wrong and always does everything right.

Why is this better than Android? “I dunno, Apple is so chill,” says one of the participants. This version of Android on a fake iPhone is also apparently so much better because it’s “just a lot faster and smoother.” Mmhmm, I’m sure it is. Even an admitted “Samsung fanboy” in the clip is amazed by its beauty (poor TouchWiz). But in the end, at least one person says that this is the best because “I just think Apple is always better.” And that’s that.