A new Moto 360 smartwatch has yet to surface in any capacity, but I think it’s safe to say that we all expect Motorola to release one at some point within the next few months. If an FCC filing for a wireless charger that charges a “Motorola smart watch” of theirs is any indicator, maybe we’ll see the new watch at tomorrow’s event, or at the very least, within the next few weeks.

A device from Motorola under the FCC ID IHDT6UA3 arrived today, with a round base that holds regulatory information on its bottom, just like the charger that came with last year’s Moto 360. In a separate document outside of the label placement, the FCC refers to this as a “wireless charger” that was used to test a “Motorola smart watch” at 0%, 50%, and 90%  levels.

Ready for the next round of Android Wear devices? 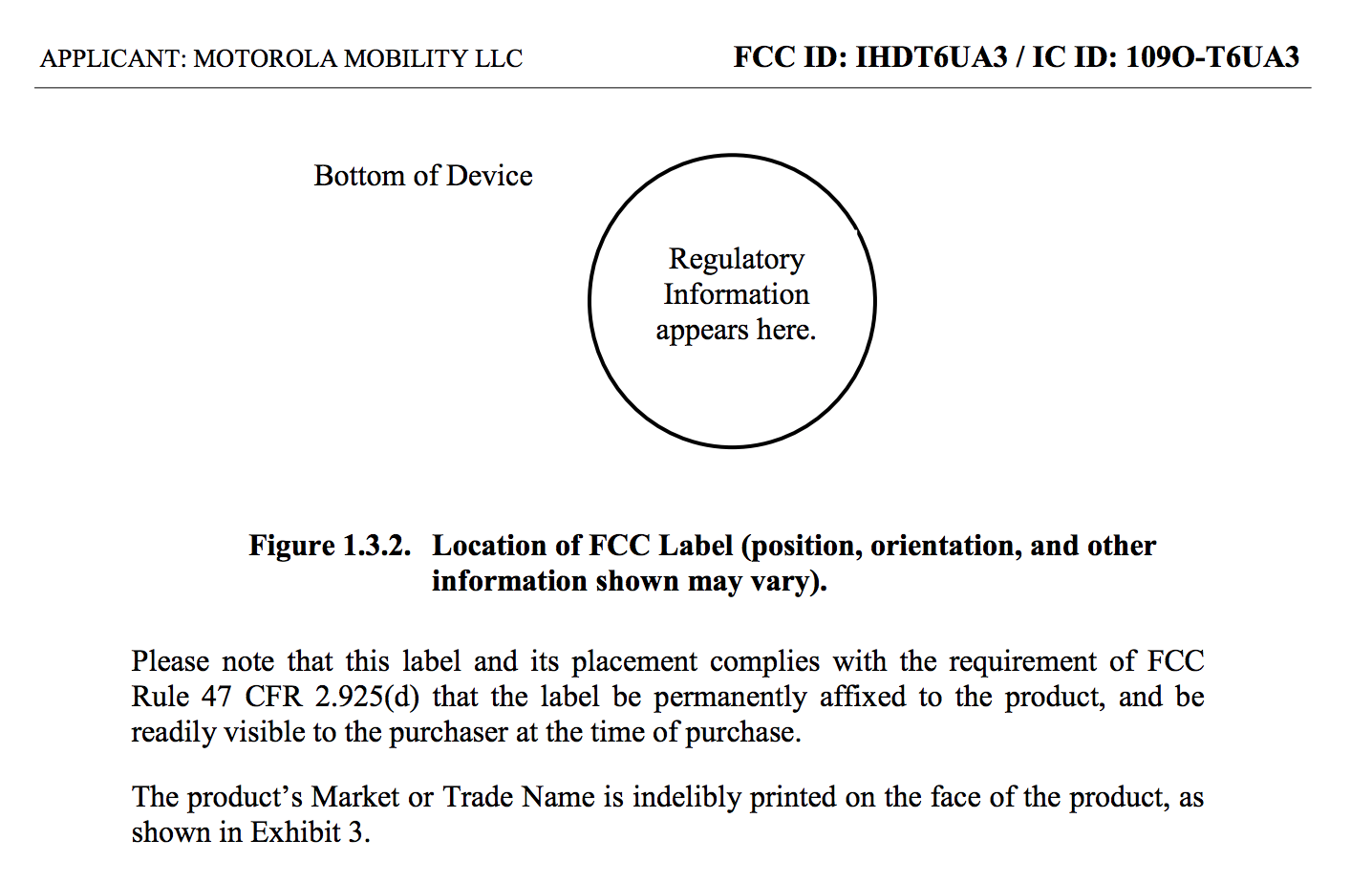