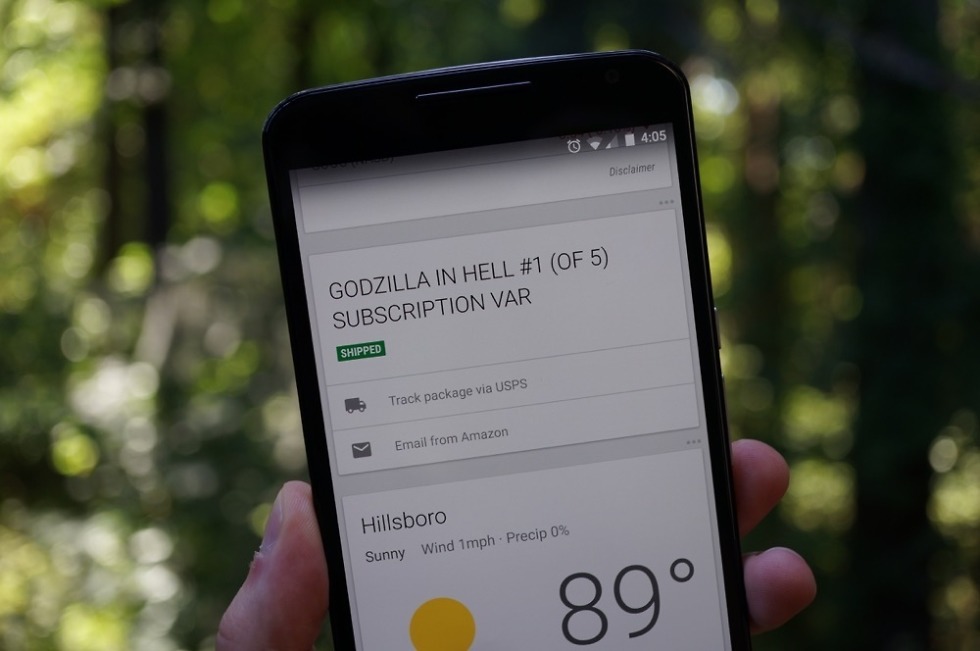 If you have attached your life to a Google Apps account (like a Google Apps for Work account that uses a domain – ex: [email protected]), you are probably well aware of its many limitations when it comes to newly introduced services or features by Google. Apps like Inbox launch first without GApps support, which can be frustrating for those who think they are on the cutting edge of technology, but are often held back by the type of Gmail account they use.

One of the longest standing delays in features for Google Apps users has been full Google Now support. What I mean is that Gmail Google Now cards still to this day do not work with GApps accounts. These are cards that are created based off of emails received in your inbox, like packaging tracking cards from shipping notices or hotel, flight, and restaurant cards that created from confirmation emails. Google even states on their Google Now support pages that “Some features, such as Gmail Now cards, aren’t available when using Google Now with a Google Apps account.”

Sucks, right? Well, we have good news! Things seem to be changing without a word out of Google. Our very own GApps machine, Tim, has seen the package tracking card within the last week, as has another reader. Look at the image above!

We aren’t sure if Google will make this news official in the near future or if they are just leaving it for all of us to discover on our own. We also haven’t been able to confirm if the other Gmail Google Now cards are showing up, but this is at least a great start.