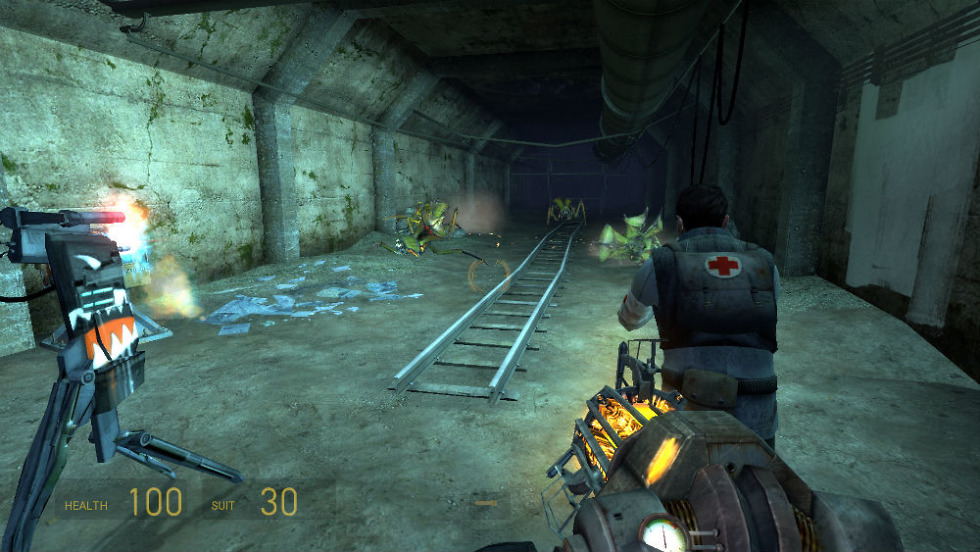 Owners of the NVIDIA SHIELD have four new game titles they can check out this morning on Google Play, one of which may lead to rumors surfacing that Half-Life 3 is actually confirmed.

Continuing its push to bring console and PC-class gaming titles to the Android TV platform for its consumers, NVIDIA announced the availability of Half-Life 2: Episode Two, Q.U.B.E. Director’s Cut, Never Alone, and Funk of Titans.

I don’t believe I have to explain too much about Half-Life 2, but as for what you do need to know, it requires a game controller and is currently exclusive to SHIELD and the SHIELD Tablet. Priced at $7.99, it’s the classic you all remember.

Other games include Never Alone, a game I had previously never heard of before, but it looks absolutely fantastic. Set as a puzzler, you play as a young child who is friends with an arctic fox. You two set out across a snowy landscape, meeting interesting characters, hoping to solve the case of an eternal blizzard that threatens the planet’s existence. It sounds intense, looks intense, and that fox is adorable.

To grab one of these titles, hit the links below. Do note, not all may be live in Google Play just yet, but keep checking back periodically. It takes time for some titles to populate Google’s servers.