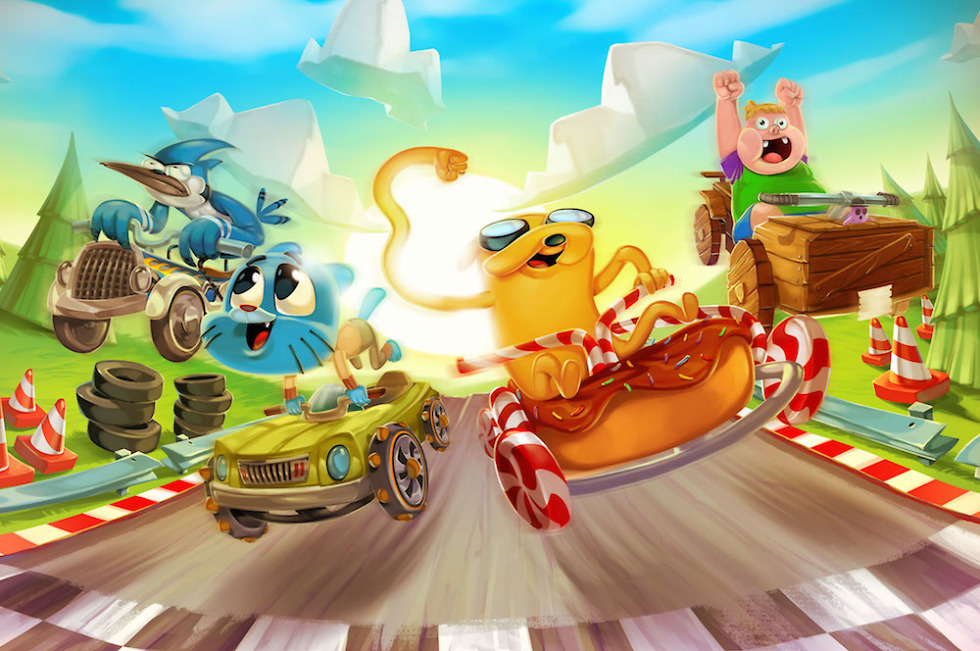 Cartoon Network has a new game on Google Play this morning, called Formula Cartoon All Stars. This game is a cart racer, taking some of your favorite cartoon pals, putting them in carts, and making them race each other.

It has everything you could want in a cart racing game, such as Nitro boosts, traps you can set for other racers, and the ability to customize your cart however you see fit. As you race around a track, you can pick up packages that contain power ups and weapons to use on other racers, giving it a real Mario Kart feel.

The one downside is that this game costs $4 up front to download, plus features IAPs. Purchases can be made to “unlock or buy additional in-game items with real money to enhance game play.” Not only that, but Cartoon Network also notes, “this app may contain ads that feature other products, services, shows or offers from Cartoon Network and our partners.” So you are paying $4 for a game, and still have to see ads and IAP options. Sort of upsetting, but if cart racing is up your alley, the gameplay looks pretty good.

You can find it on Google Play by following the below link.