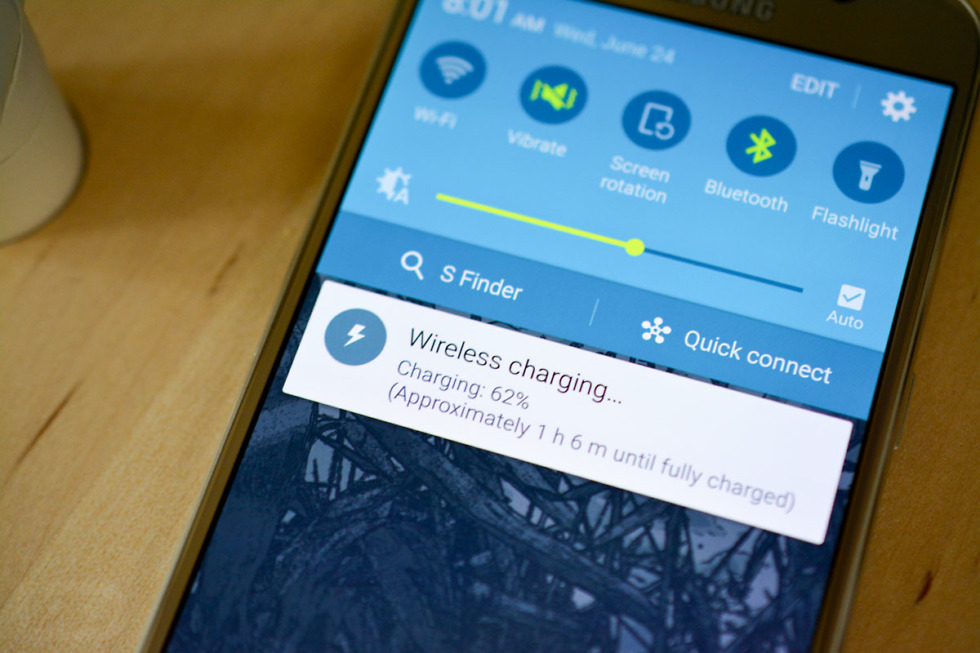 The new specification makes it possible for wireless chargers to deliver 15 watts of power to phones, which means decreased time required to charge. Those who currently own wireless chargers know that this is insanely good news, since current wireless chargers are far less than quick and not even in the conversation of fast. Any improvement is welcomed, but the WPC makes this new spec sound like it could be just as fast as wired fast charging, where a phone can reach 60% charge in as little as 30 minutes.

Oh, the news only gets better. According to the WPC, the new Qi specification will apparently be backward compatible with all existing Qi products. I would assume that they mean phones that are Qi-compatible. My guess is that you will still need to buy a new fast Qi charger to take advantage.

PISCATAWAY, N.J., June 23, 2015 – The Wireless Power Consortium (WPC), the driving force and leader in the global adoption of wireless power technology, today announced that the latest version of the Qi specification now makes it possible to deliver 15 watts of power to mobile phones that support wireless fast charging. This Qi fast charging feature enhances the charging experience by decreasing the time required to wirelessly charge devices.

Several manufacturers already offer wired fast charging for their devices, providing as much as 60 percent charge in as little as 30 minutes. The latest Qi specification empowers them to extend this speed to wireless charging as well. Once again this is a first in wireless charging, creating more choice for consumers in the eco system of Qi-compatible products, an ecosystem that already offers the largest choice in wireless chargers, addressing the many different needs of consumers at home and on the move.

“With a deployed base of well over 50 million units, hundreds of registered products and users all around the world, we understand the importance of a specification that supports innovation,” said Menno Treffers, chairman of the WPC. “This release marks an important milestone for Qi, introducing the first higher power class and paving the way for our members to address more demanding applications with products that work seamlessly with the installed base of Qi-compatible products.”

The new specification is initially available only for members of the Wireless Power Consortium. It will be made available as a public document at a later date.