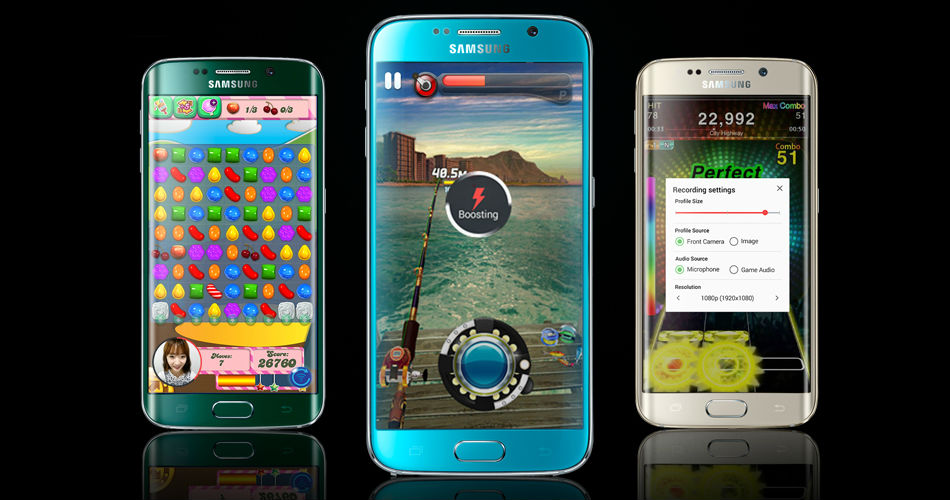 Fancy yourself a gameplay commentator? Well, thanks to this new Game Recorder+ app from Samsung, made specifically for high-end Galaxy devices, you can record your mobile gameplay, with your beautiful face and voice on top, then upload it directly to YouTube.

The app was published to Google Play last week, but thanks to a quick update available now in Google Play and the Galaxy Apps store, users can record audio directly from the game, not just audio taken from the device’s microphone. So, if you hate your voice, no worries there anymore.

Surprisingly, I never even knew this app hit Google Play, and honestly, it kinda kicks ass. There are a ton of games I have wanted to record myself playing, and now, that task is super easy with this app. For example, I can play scary games, give walkthrough tips on puzzler games, and even provide me comedic talents to games that totally suck.

Samsung states that every game is compatible, as long as it is downloaded from Galaxy Apps and Google Play. But no, no applications are recordable, only games. If you don’t see a game you have installed listed in the Recorder+ app, you can manually set it yourself. When running, the app boosts the memory allotment for apps, making sure you don’t experience any jank or lag during your gaming session.