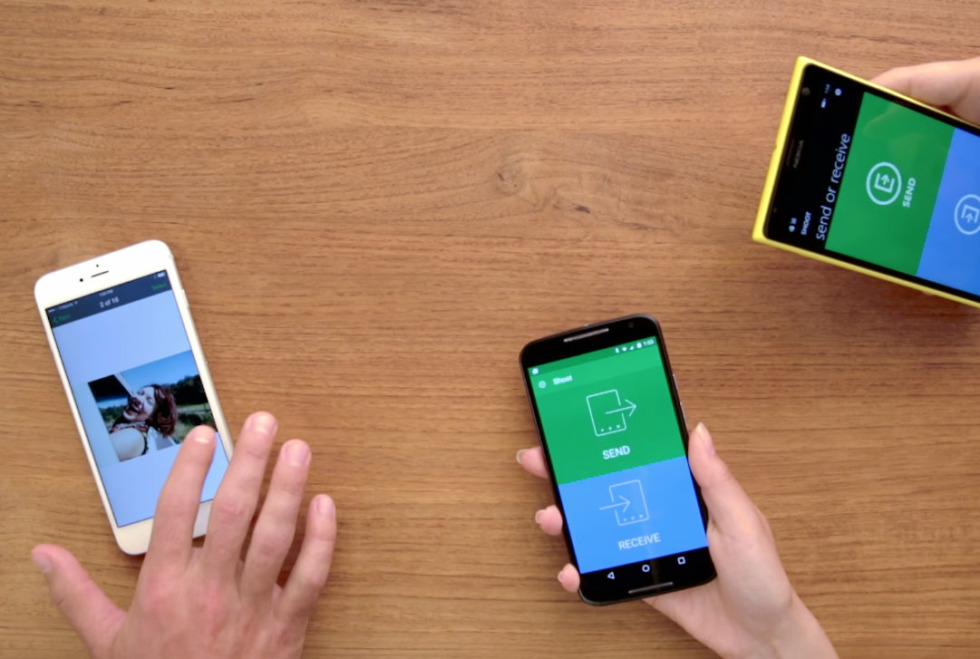 How often have you been with friends or at a party or with someone else who wants a copy of the picture you just took on your phone? And how often have you cringed at thinking of a quick way to get that photo to them? There is email or a social network or Android Beam (lulz!), none of which are really all that quick or efficient, especially when sending multiple files. BitTorrent wants to be your option with their new app called Shoot.

With shoot, which will need to be installed on each device, you get to be either the sender or receiver. As the sender, you get to choose which photos or videos you want to send through a simple, modern app gallery UI. As a receiver, all you need to do is tap a receive button and then scan a QR code from the sender. The video explains it better, but basically, the sender taps a big “Send” button, selects photos/videos, and then confirms the selections. Once complete, a QR appears on the sender’s device, which the receiver can then scan. Once scanned, the photos or videos should start transferring immediately from sender to receiver.

The app is free to use for the most part. Senders can perform 3 sends for free, but are then charged a 1-time $1.99 fee to unlock unlimited sends. For receivers, the app is always free.