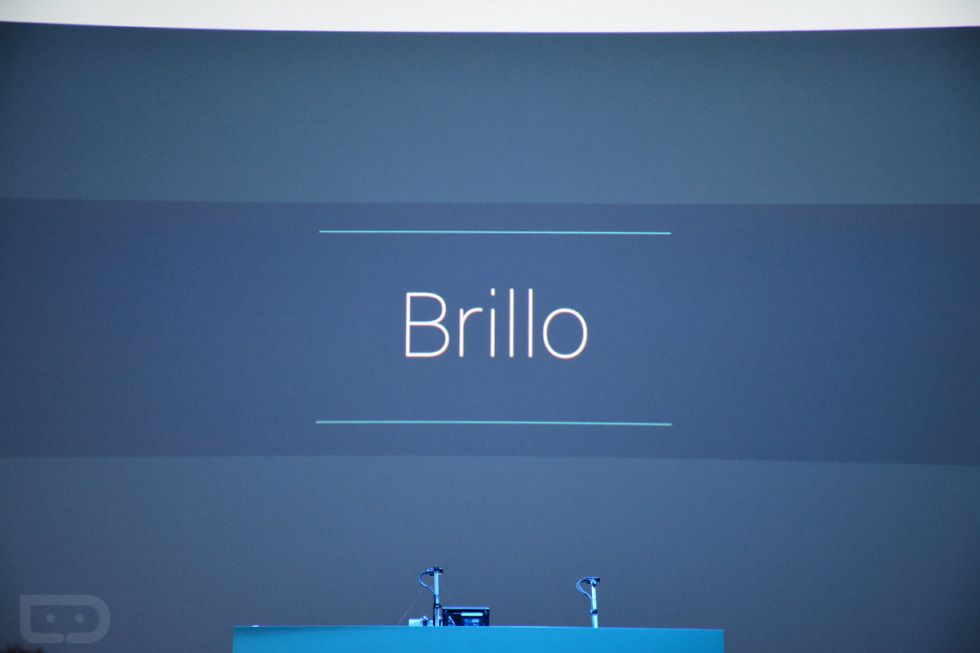 Somewhat lost in the shuffle of yesterday’s Android-filled Google I/O keynote was confirmation from Google that their rumored “Project Brillo” is actually a real thing. Google does indeed intend to become the king of the “Internet of Things” later this year.

So what is Brillo? It’s a low-level version of Android that manufacturers of smart products can use to get their products easily working with other smart products, helping to connect everything we use. It could be a smart oven or vacuum cleaner or washer or smoke alarm or garage door, all connected on the same platform, so that our world works seamlessly together.

As of today, the state of smart products is kind of a mess. Manufacturers and devleopers are forced to make it all, from the physical products to the firmware, and then also try and get everything to work across multiple platforms. With Brillo, this should all be much easier to do for everyone involved. 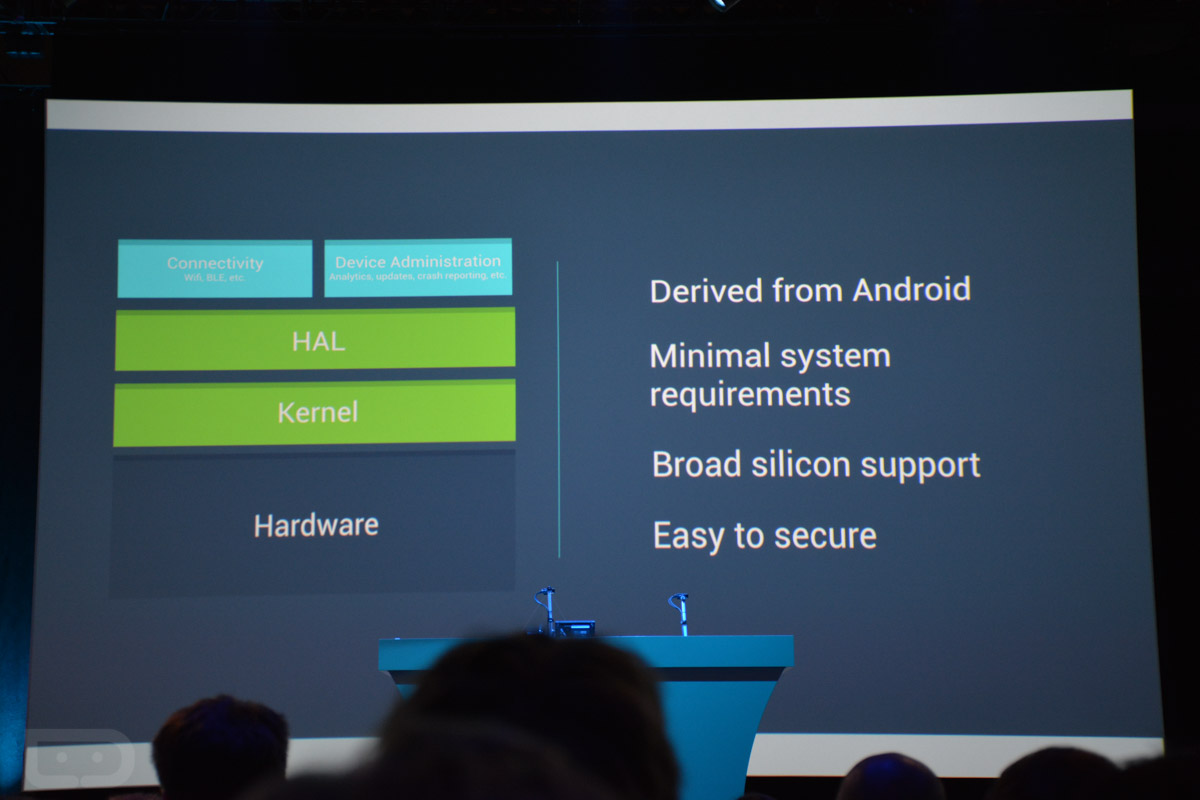 Google also announced Weave alongside Brillo, which provides “seamless and secure communication between devices both locally and through the cloud.” It’s built into Android and was developed in partnership with the folks at Nest, so as previous rumors stated, Nest could easily be a hub for IoT.

Brillo and Weave will launch later this year, but Google wanted the world to know that they are ready to try this [email protected] again.

To learn more about Brillo and Weave, head over to this Google site. 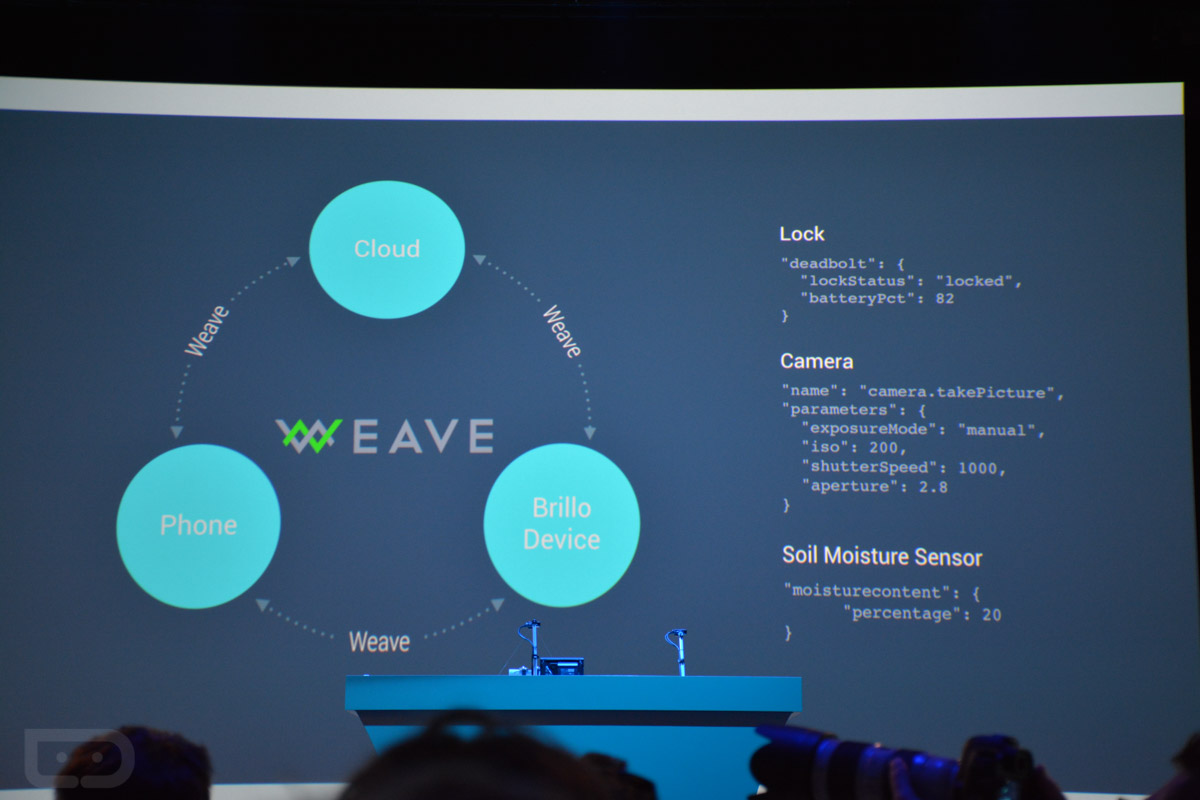 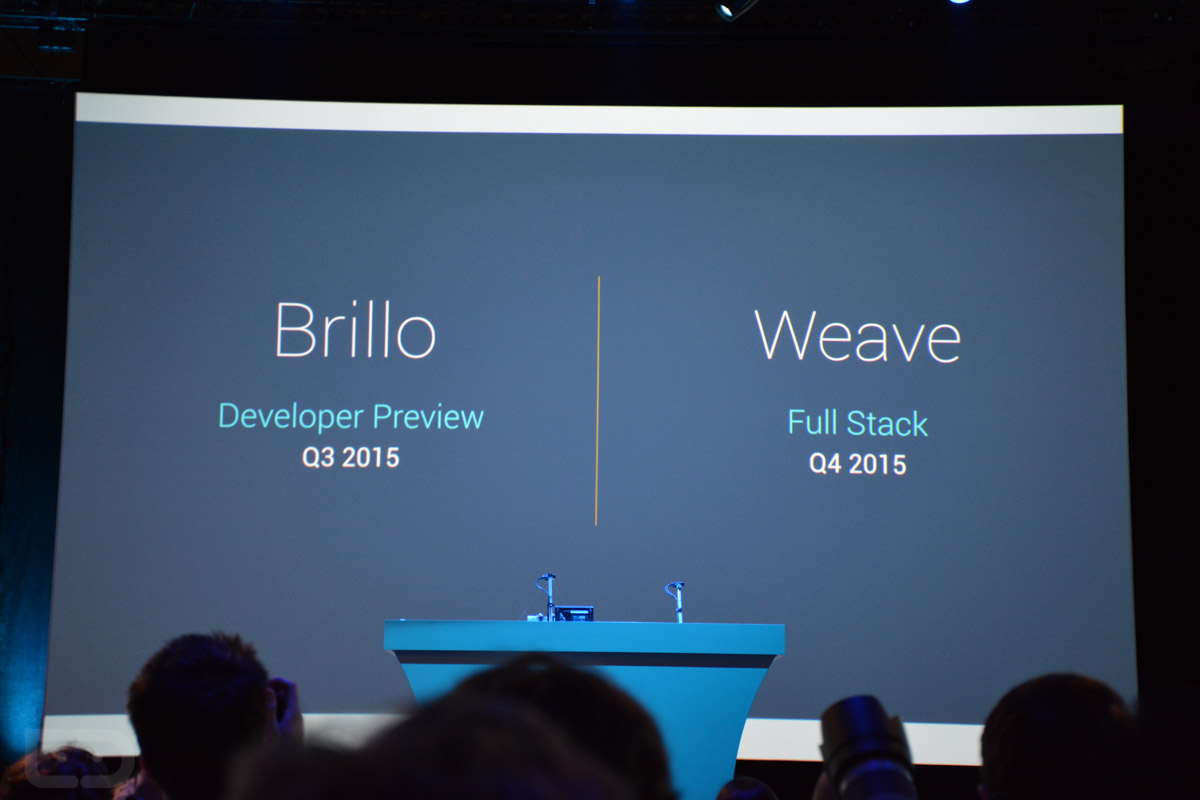