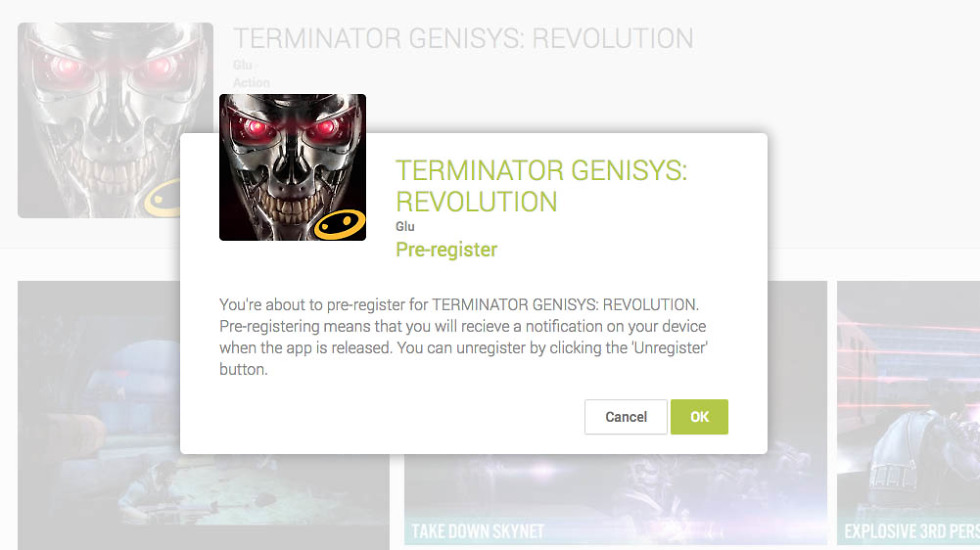 As of the end of last week, Google opened up a new way for developers to hypebeast their upcoming app releases through Google Play. As you can see in the images here, Google is allowing select publishers to put their apps up for pre-registration, so that interested fans can be notified the minute they are released.

The first app to do pre-registration appears to be Terminator Genisys: Revolution, from Glu Mobile. A simple click on the “Pre-register” button brings up a window confirming to you that a notification will be sent when the title finally is available. You can unregister as well, assuming you are no longer interested in the app or game.

While a handy feature, we’ll have to wait and see if developers adopt pre-registration or if it becomes a rarely used feature. I would love to be notified of upcoming games or apps that interest me. If anything, this would provide an extra level of promotion.