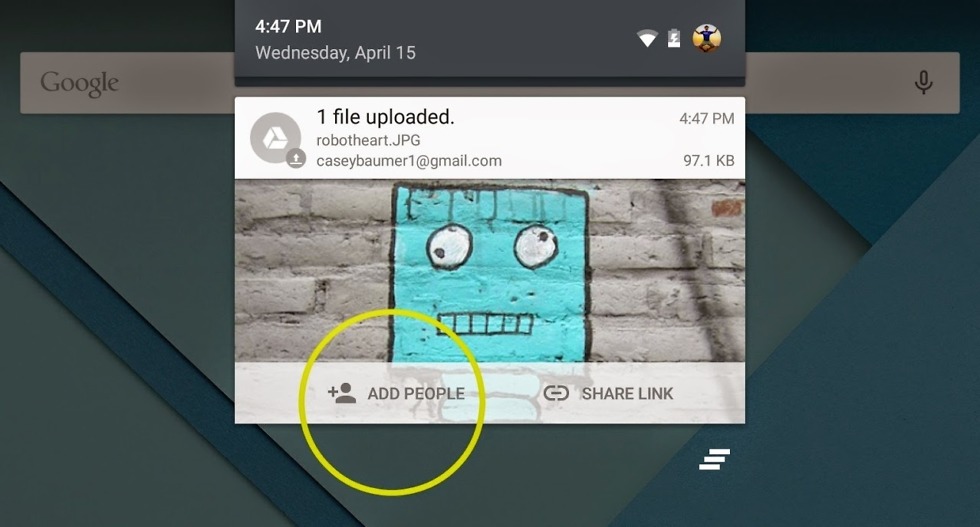 Google is pushing an update to Google Drive for Android on this here “Update Wednesday,” an update that adds quicker sharing of files with other users through notifications and another 23 languages.

As you can see in the image above, once a file has been uploaded to Drive, the left button in the notification confirmation should say “Add People.” If you tap that, you will then be able to quickly share the file with others. Handy, handy.

The update is “rolling out over the next week or so.”