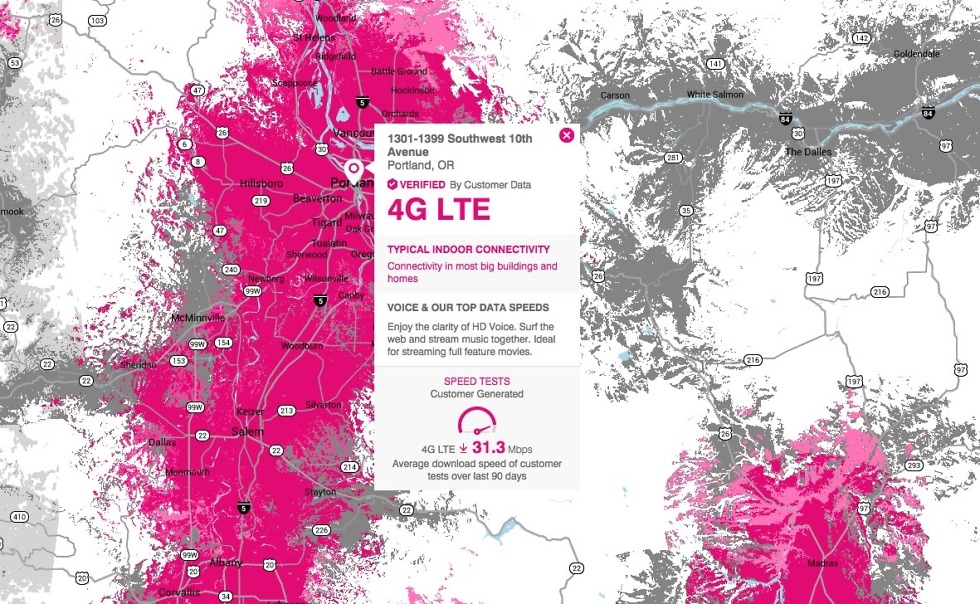 This morning, T-Mobile announced that it has taken its Uncarrier approach to coverage maps. What does that mean? Well, they are ditching the “predictive coverage estimations” that other carriers use to show network availability and are instead using crowdsourced, customer-verified network connections to show how far their network reaches.

T-Mobile argues that other carriers are using estimates to show you their network coverage, but that there are now more advanced methods and technologies available to give accurate, current info on whether or not your area will have a connection to their network. I get that. I also like what they are going with this approach. Real-time data is always better than theoretical data. Unfortunately for T-Mobile, this new map only seems to hammer home the number one fear that potential T-Mobile customers have about joining the Uncarrier in some parts of the US – they won’t have great coverage.

And look, if you cruise around their coverage map, you’ll see that America’s cities are well covered by T-Mobile’s pink. No one should argue at this point against T-Mobile’s city coverage. Their speeds are fast and they seem to reach the far corners of the biggest cities we have. The problem is, once you leave a city, this map can often highlight the fact that you’ll be left on 2G or worse. It goes grey. Or white. Or light grey.

Take for example this picture of the Oregon coast and some of its bigger towns, Lincoln City and Newport. According to T-Mobile’s own map, you’ll be stuck on 2G if you decide to spend a weekend on the beach. This isn’t the middle of Montana that we are talking about here. This is the Oregon coast, a destination for many months of the year that sees thousands and thousands of tourists. Both AT&T and Verizon have full LTE coverage up and down the coast, basically following Highway 101. T-Mobile has zero in these two particular cities, and hit or miss coverage up the rest of the coast in Oregon. 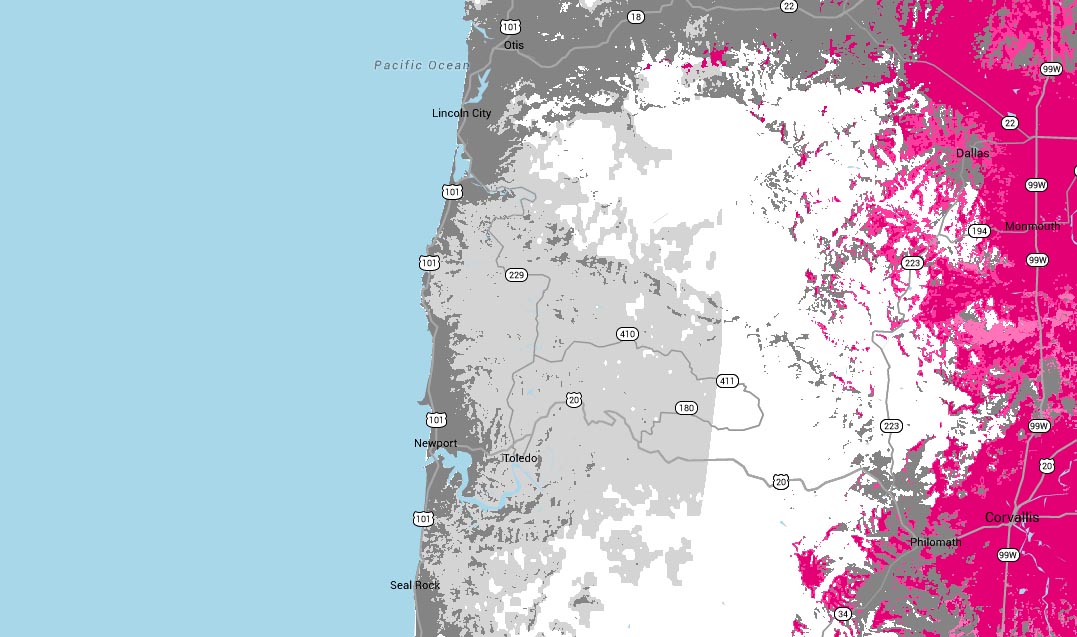 Am I cherry picking this specific section? If that’s how you want to spin it. The point is, I live in Oregon, and like many Oregonians, I travel to the coast often in the warmer months of the year. So because of that, I want to make sure that the places I travel to will have coverage when I travel to them. In this case, it’s not looking good for T-Mobile. Your experience could be very different than mine and you may see great T-Mobile coverage everywhere you travel. But if I were to choose AT&T or Verizon, I wouldn’t even need to check a map at this point because I’m pretty damn sure they’ll have coverage almost anywhere I go. With T-Mobile, I still feel the need to check in the year 2015.