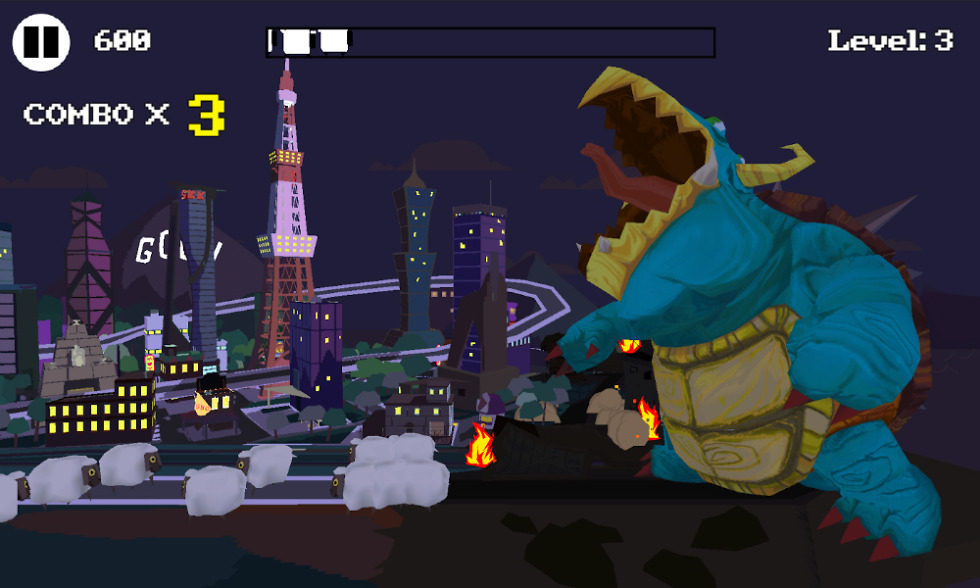 A new game hit Google Play this morning called Monster vs. Sheep, tasking you with destroying an angry monster who wants to terrorize your city. Looking like a Blastoise on steroids, you use a large flock of sheep to basically choke the monster to death.

The gameplay is rather basic. To play, you grab a sheep on the ground and flick it up into the monster’s mouth. If you get multiple sheep down the monster’s throat, you get a combo bonus. This bonus goes towards your score, which is based on a 3 star system, like Angry Birds.

The game features awesome music, smooth 3D graphics, and is all around a pretty cool title. However, once I got to level 6, I found it a little repetitive, even with the levels getting harder and more difficult. In total, there are 32 levels according to the app’s Google Play listing.