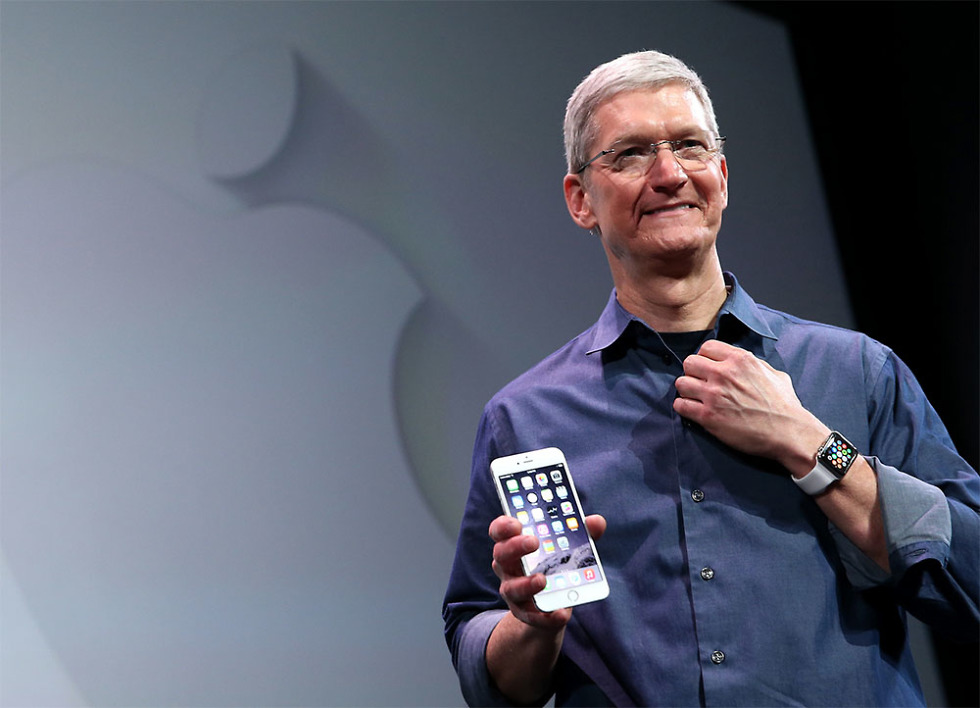 You know why we spend so much time talking sh*t about Apple? It’s not because of the products they make. Nope, that’s not the reason. I think most reasonable human beings can admit that Apple makes really nice stuff (I personally own plenty of their products). The reason we take constant jabs at Apple and put up posts like this is because of the attitude, the arrogance, and sheer stupidity with which they speak in public, whether that be at their own press events or when doing interviews at conferences, just like the one Tim Cook sat down for today with Goldman Sachs.

During his wide-ranging chat that took place earlier today, the topic of smartwatches surfaced. As you can imagine, because this is the only way Apple knows how to address anything, Cook dismissed all of the current players in the game, never mentioning any in particular because he wasn’t sure that the interviewer “could name any” and that it was unlikely the audience “could name very many,” either. That would be the audience attending a “Technology and Internet Conference.” Then again, when the currently available batch of smartwatches are simply “things that are called smartwatches,” according to Cook, maybe he is right in that the tech press on hand who write about tech things, like smartwatches, for a living, couldn’t name one.

His remarks only got better from there, though. Time to ramp up the excitement and use of exclamation points. Cook said that “certainly there are none that have changed the way people live their lives,” when referring to the current crop of wearables. Of course, the Apple Watch will do that.

You know how it will do that? By allowing you to talk to Siri and through other “new innovative ways to communicate!” Yes, Siri on your wrist is going to change the way people live their lives. But that’s not all. When you “ask different things,” after some time, “all of a sudden they’re there.” Yes! Things! All of a sudden there! Life changing. Not done yet. When you are in a meeting (or dinner or any social setting with other people where you don’t mind offending them or looking like an impolite jackass) and you get notifications (because it does those too!) or want to check sports scores or financial info, you can do that without pulling out your phone! Bout to shut the front door. Flip the watch over and it recognizes that you want to look at it, and it turns on! Front door shutting. Outside of those game changers, know that the Apple Watch can also nudge you as a reminder that your fat behind has been sitting for too long. If it senses that you haven’t moved for 50 minutes or so while in that important meeting that we just referenced, it’ll remind you with a little buzz on your wrist that it is time to move. And because you are wearing this Apple Watch, looking “fantastic,” you can then stand up in that meeting to cure cancer. Door slammed.

OK, that last cancer part may have been tweaked slightly from Cook’s actual use, but at this life changing rate we are on right now, the Watch might perform miracles and you shouldn’t be surprised.

In all seriousness – if we can even get back there at this point – every single thing Cook mentioned in his description of what the Apple Watch can do, is already happening on today’s smartwatches and wearables. That’s right, Tim, you can get notifications/sports scores/financial info on your screen, talk to your watch to get things done, flip your wrist up to activate the screen only when needed, and even get a nudge if you have been sitting for too long. There are also third party app integrations, interchangeable bands, and all sorts of different shapes, sizes and styles.

Look, Apple execs, we get that you love your products and want people to only buy your products. Motorola, Samsung, HTC, and everyone else in the game feels the same way about their own. You sell a lot and you make lots of money. But this blind discrediting of the competition, while insulting tech fans and media is embarrassing. Just stand up, say you make great products and stop being such a bunch of tools.