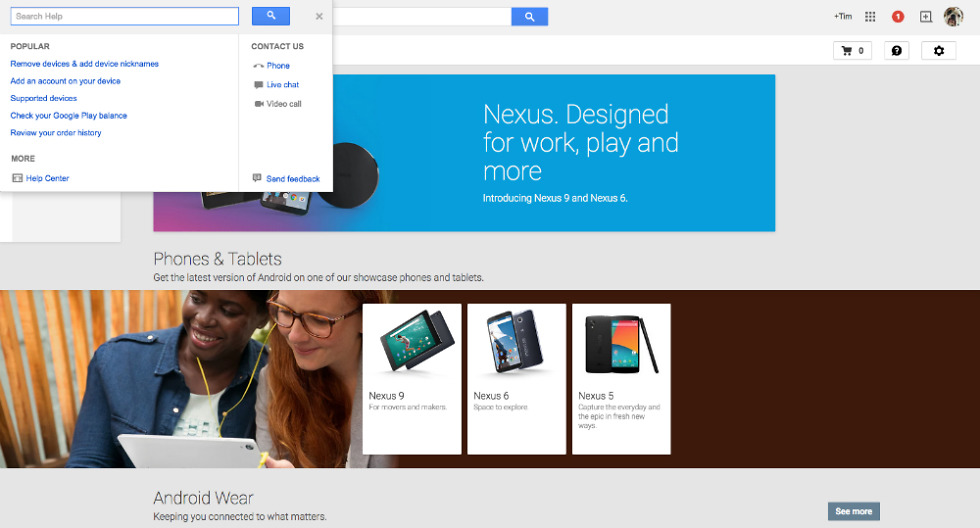 The idea of a Google retail location would be nice, but since the company does not really have much to sell (besides a couple Nexus devices), we are afraid it might be a waste of rent. However, the company is reportedly working on two things currently, one of which has already been under testing since last November.

According to TechCrunch, Google may want to bring virtual help desks to retail locations in places where their products are for sale. As purely an example, since no retailers have been rumored yet, picture a kiosk inside of a Best Buy, where you can chat via Hangouts with a trained Google rep who can go over products such as the Nexus 9 or a Chromebook with you before purchasing.

The idea is quite splendid, and to help smooth out the process, a test was placed inside of Google Play. Under the Devices section of the Play store, users can access a video support line which uses Hangouts to connect you to a Google rep. As mentioned in the original article, Google has been testing this feature since last November, but never quite got around to announcing or making a big deal about it. Its sole purpose is to help folks who are trying to purchase devices, who may also need support.

There is currently no word on when we might see virtual help desks pop up in retail locations, or if Google will decide to even take it that far. For now, if you need help with your device or have questions regarding which Nexus to get, visit the reps on Google Play.