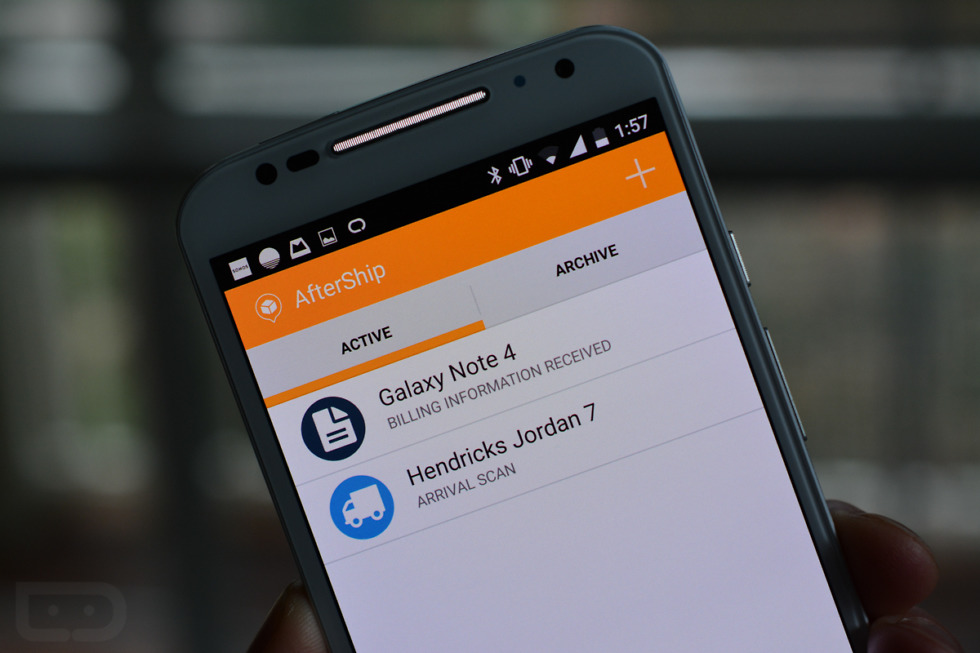 Last week, in our first “3 Android apps worth owning” feature, Tim told you about Fenix, Zooper Widget Pro, and Mailbox, all of which are apps that the DL team can’t live without because of their ties to Twitter, phone customization, and organization. In this week’s version of the same feature, I’m going a little more personal, choosing instead three apps I use on a daily basis and can’t imagine not being included in the first apps I install on every single new device.

From better shipment tracking for all of the products that are sent my way, to keeping up on the latest in reddit, to staying up-to-date on my favorite sports teams, these are three apps worth owning (two of which are free). 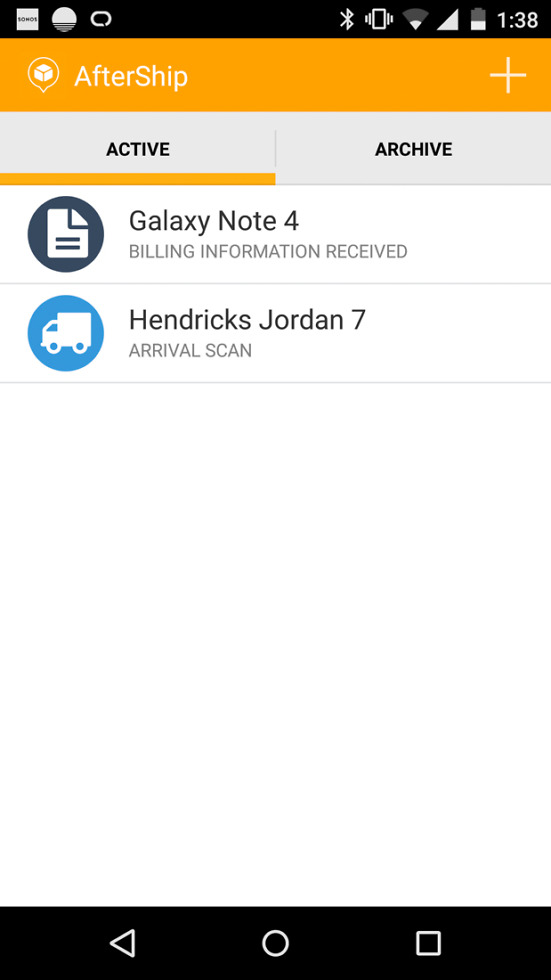 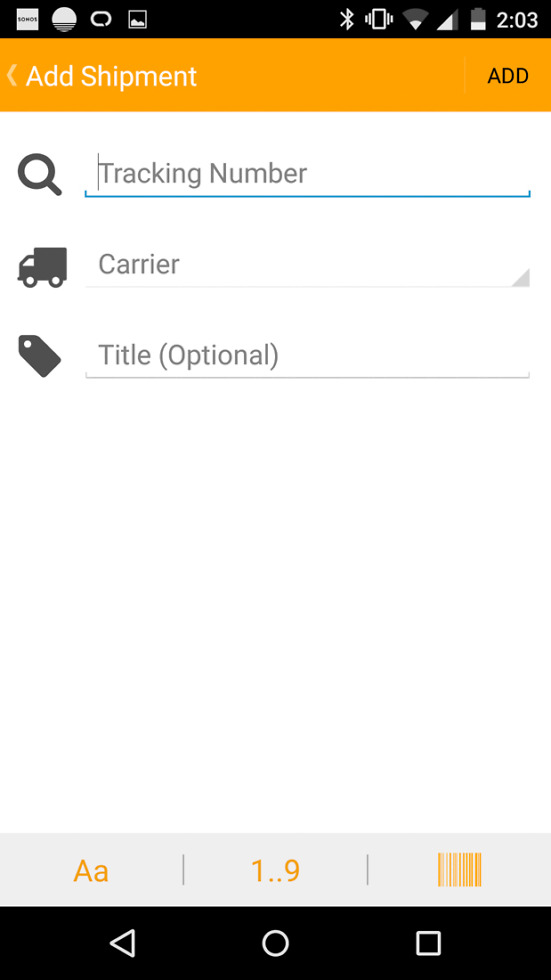 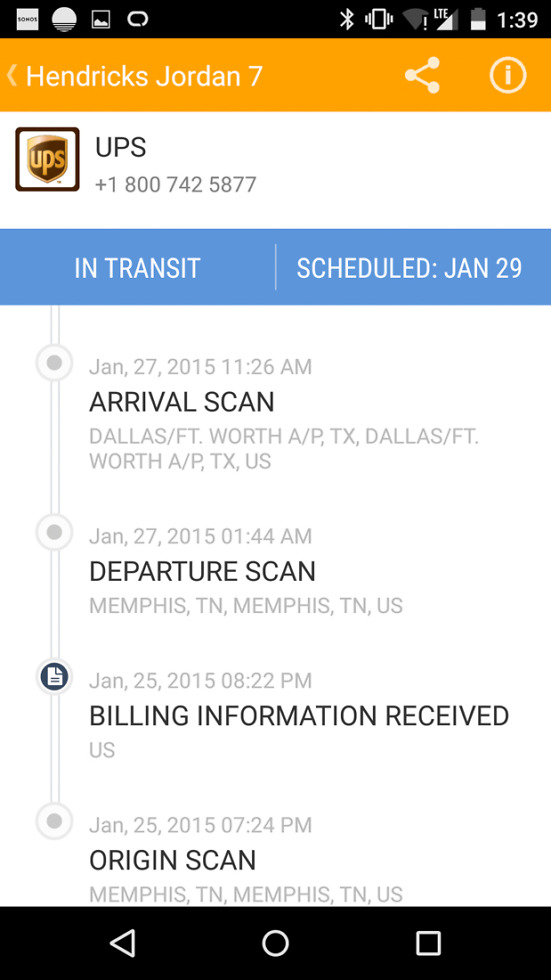 I track a lot of packages on a daily basis – a lot. From new phones and tablets and accessories that are on their way to my house to be reviewed, to what seems to be a constant stream of personal items (read: shoes) for my wife and I, to the never-ending Amazon Prime orders, I get more packages than most humans ever should. To keep track of these, I have moved onto AfterShip, as it organizes all of their tracking numbers into a single location, provides me with notifications of each along the way as they make their stops, and does things like auto-detection of carriers by pulling in copied tracking numbers from my phone’s clipboard.

And keep in mind that I have subscriptions to UPS and FedEx premium tracking services, but rather than trying to keep up with older emails or logins to each website (FedEx, UPS, USPS, etc.), AfterShip does it all for me in a single location. Of course, I also let Google Wallet and Google Now track shipments, but they seem to miss more often than I’d like.

If you track packages on the regular, get AfterShip now. It’s free. 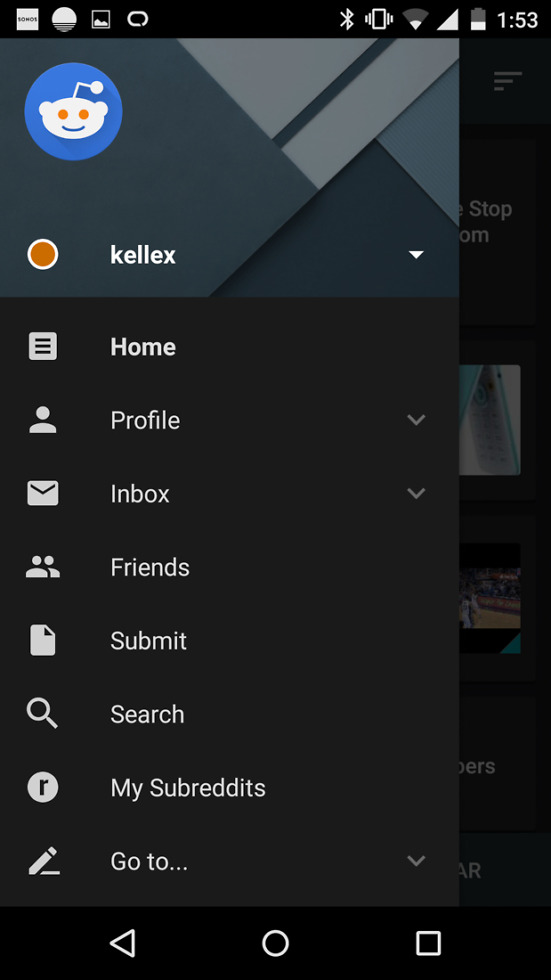 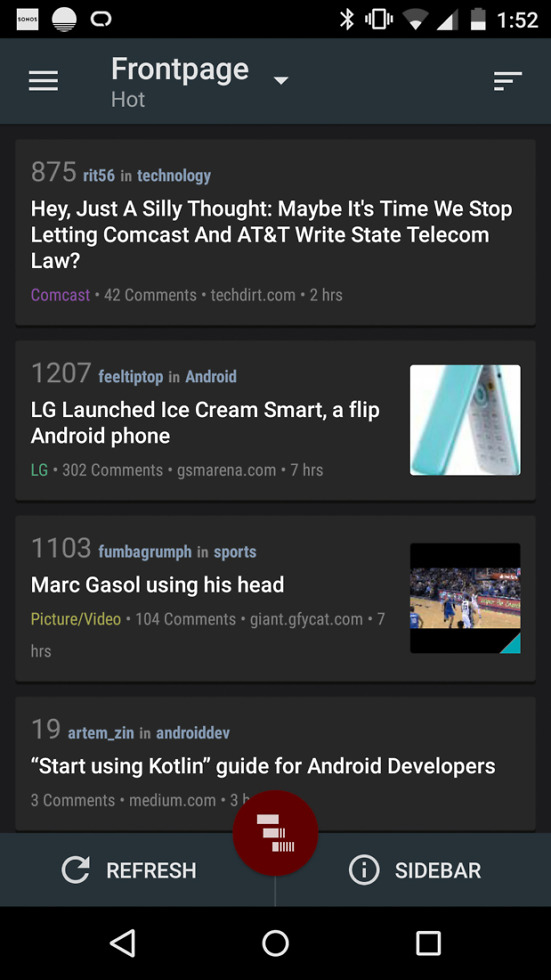 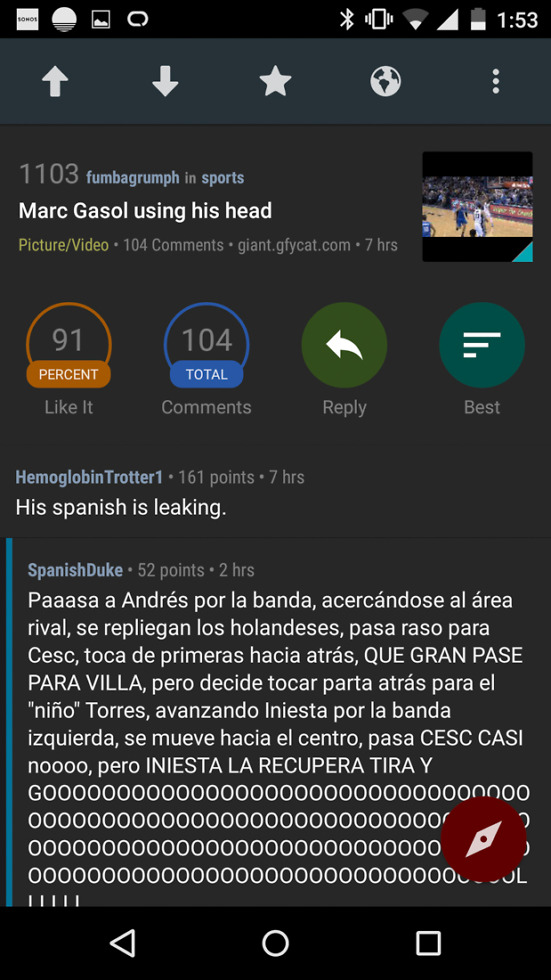 By no means am I a heavy reddit user. With that said, I still need my fix of /r/Android, /r/sports, and a few other subreddits from time to time. My go-to app for the last few months has been Reddit News Pro. After its most recent redesign that introduced touches of Material Design, along with a Falcon Pro-esque (the original FP) double-navigation panel setup and a handful of themes (I tend to favor apps that have dark themes), I have yet to even consider looking for another reddit option. And I know there are dozens out there, it’s just that the mix of swipe gestures, beautiful UI, and constant updates has made this app well worth its $3 asking price. 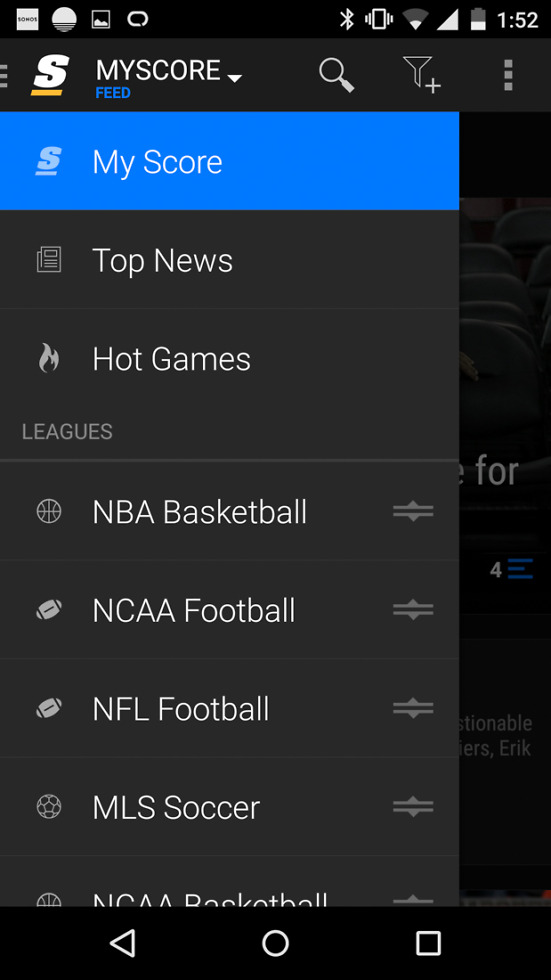 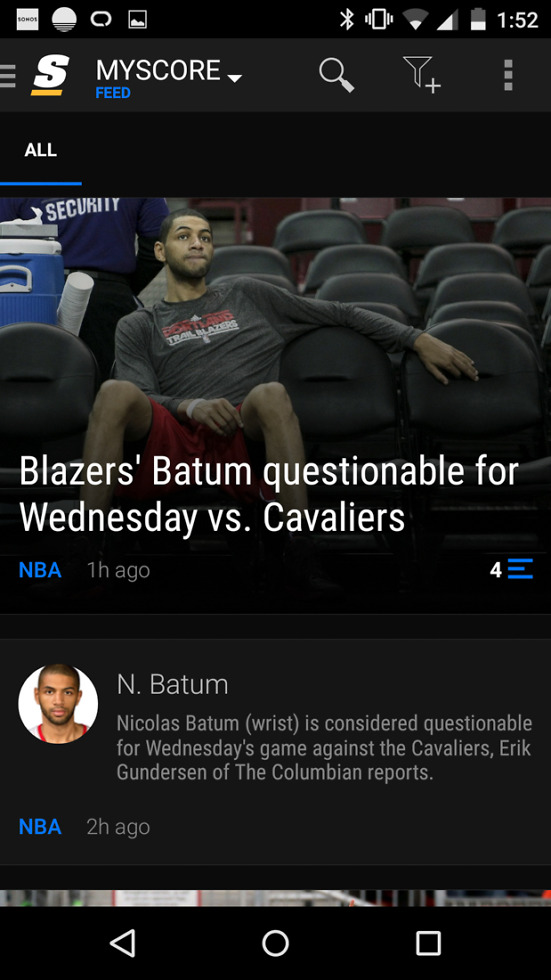 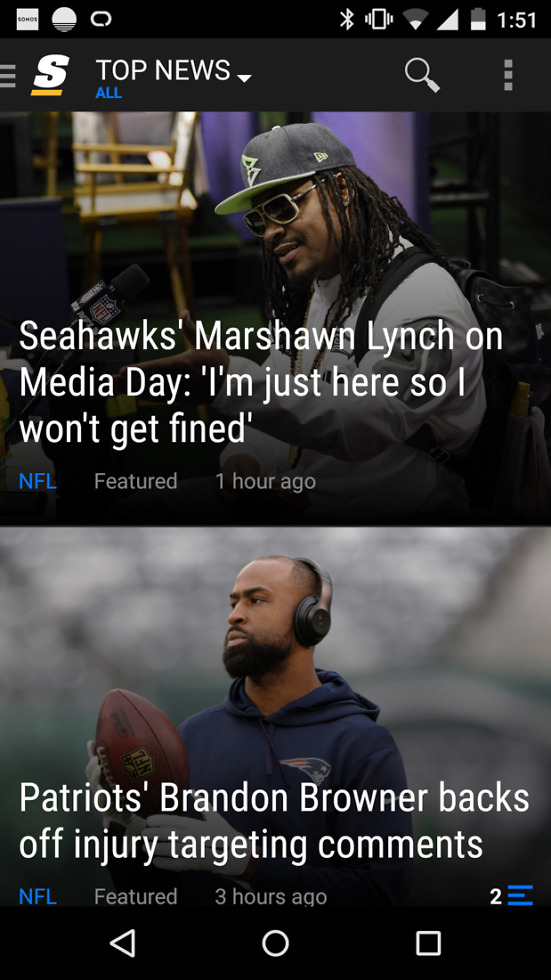 If you were to ask me for my favorite sports app, I wouldn’t even hesitate in saying that theScore is it. At one time, I was fully invested in ESPN’s ScoreCenter (now Sportscenter) app, but it’s terrible redesigns and bugs and ads (holy hell there are lots of ads in that app) have kept it off most of my phones for over a year. TheScore, on the other hand, is clean, powerful, packed with customization alerts and settings, and provides me with the quickest real-time updates of almost any app I have ever used. Seriously, the 2nd quarter of a Blazers game ends and theScore has a notification there almost before the buzzer sounds.

The only thing this app is missing is cloud profile support, so that if you change phones, you don’t have to fully setup all of your favorites, notifications, etc. I would hope that they are considering it, but either way, this is the sports app you need to be using.

Oh, they also update the app quite frequently, adding in special sections for hot sports events of the time, so that you never miss a story.

Of course, if you have any good recommendations, we always have wide open ears.