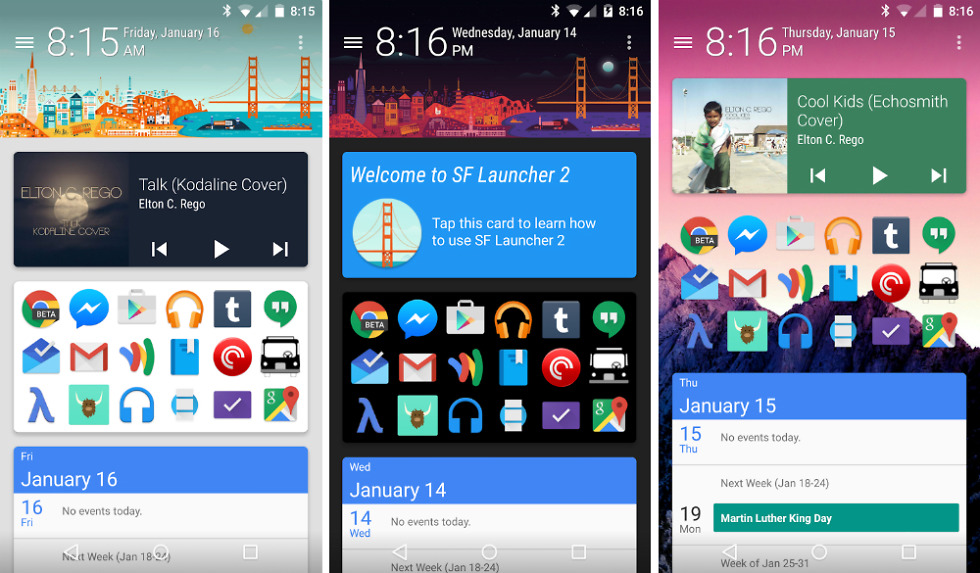 Almost exactly one year ago, SF Launcher was placed on Google Play as an alternative launcher to whatever it was you were currently using. Now, a year later, a complete rewrite has been introduced, and the developer has named it SF Launcher 2.

Featuring the same overall look, SF Launcher 2 has been updated to support Lollipop devices, featuring tie-ins with Material Design. While the old launcher was missing a few key features, such as drag and drop, you will find that this updated version delivers many great features.

As for the launcher in general, it is quite basic in appearance, giving off a Google Now vibe. Widgets and app folders look like cards from Google Now, and overall the launcher has a fantastically flat and organized look about it.

The app is free to download from Google Play, and a premium version is available as well for $3.99.