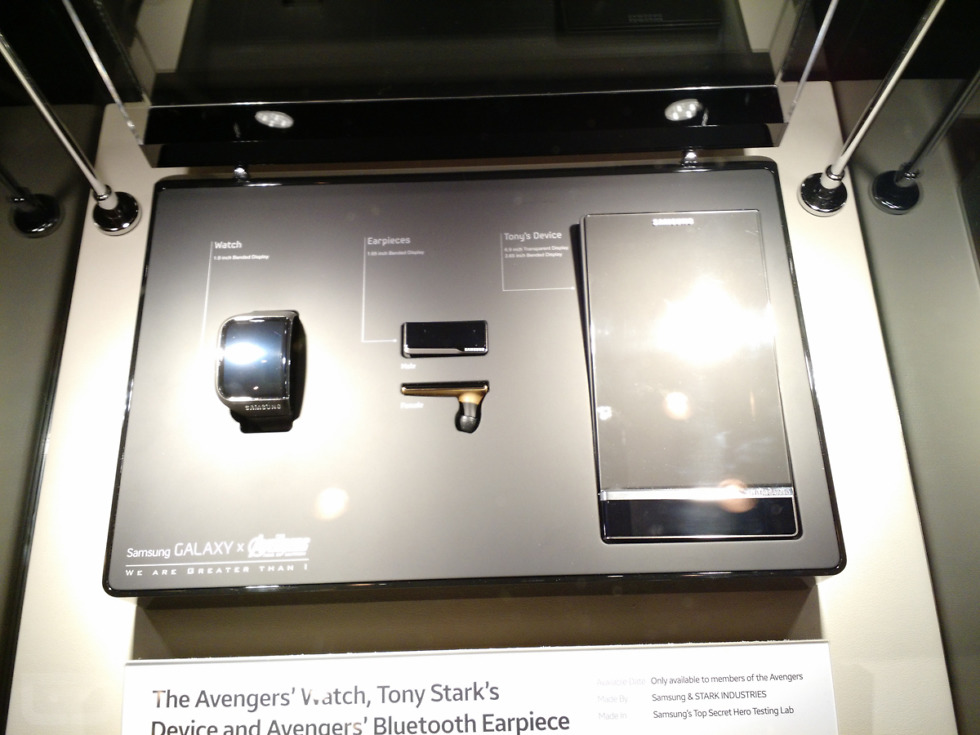 In mid-2014, Samsung and Marvel announced a global brand partnership that would allow the South Korean electronics manufacturer to showcase exclusive Marvel content, but also create cool concept tech for films, such as Avengers: Age of Ultron. As you all know, the new Avengers is going to be the movie to see in 2015, so Samsung is making sure we all know that they are a part of the action.

During a press event last night at CES, Samsung showed off new exclusive Avengers: Age of Ultron content that brought out the happy nerds in all of us. They also had life-size statues of Hulk, Iron Man, and Thor that some of us may or may not have posed for pictures with. But outside of the content, we got a behind-glass-case look at some of the specially designed tech that the Avengers team and Tony Stark will use during the film.

Samsung designed a new smartwatch, Bluetooth ear pieces, and even a concept hologram phone with fingerprint scanner for use in the movie. We took some pictures and have included them below for you to drool over. Obviously, we couldn’t touch the devices or play with them (they aren’t real anyway, so it’s not like they would turn on).

Is it just me or are these some of the sleekest products Samsung has ever designed? Can they hire this design team to make the Galaxy S6? 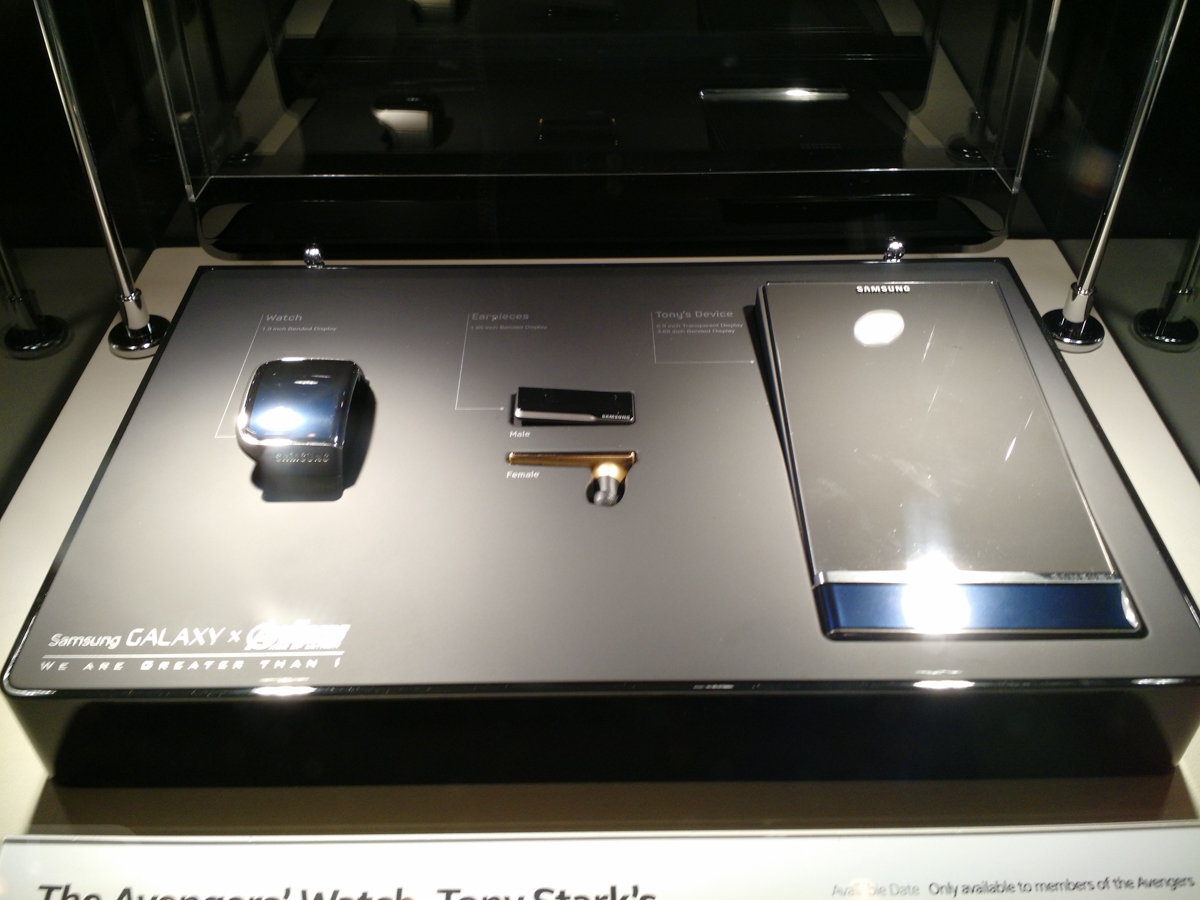 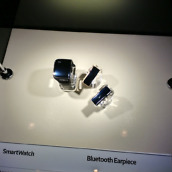 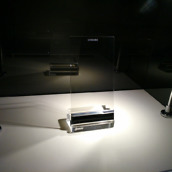 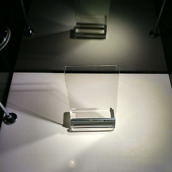 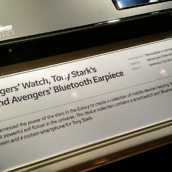 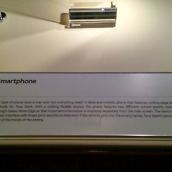