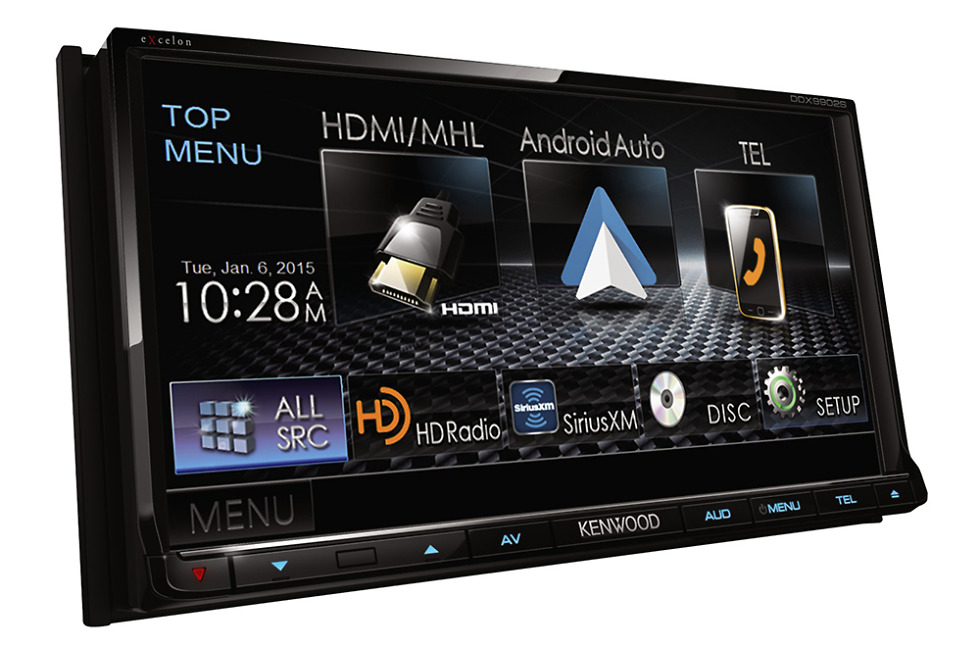 This morning, Kenwood announced a new premium multimedia receiver for cars that is one of the first to support both Android Auto and Apple’s CarPlay. Kenwood noted in its press release for the DDX9902S that it understands that its customers have brand loyalty, so they wanted to make a product that works for both Android and Apple fans, rather than one that forced users to choose one over the other.

The DDX9902S sports a high-sensitivity touch screen and has Bluetooth, Pandora, and iHeartRadio integration. It also comes SiriusXM-ready and has the ability to add a rear view camera.

Of course, the real reason you are reading about this is because of the Android Auto support. When an Android device is connected, navigation, phone, and music are all just a tap away, along with relevant Google Now card information. The image above shows you a glimpse of what to expect from the UI.

Kenwood would only say that pricing and shipping info is coming “soon.”