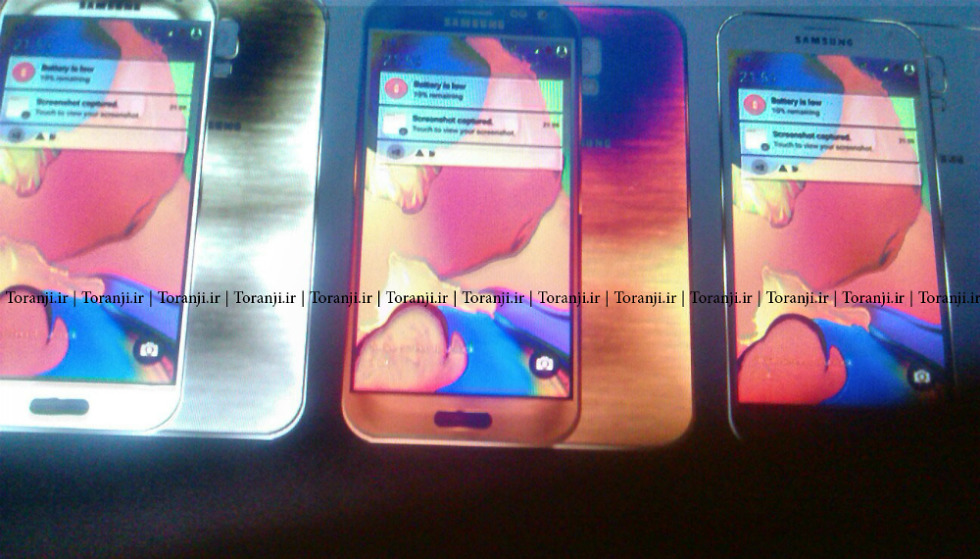 Thanks to Iranian publication Toranji, we have a couple of pictures to look over this morning, which are alleged renders of the Galaxy S6 from Samsung. In one of the photos, we can see the Galaxy S4, Galaxy S5, and alleged Galaxy S6 aligned next to each other, which gives us an idea of the size for the upcoming flagship, if the image is to be believed.

In another photo, the top header, we can see that Samsung may introduce a few different colors for the Galaxy S6, as well as introduce an entirely new metallic exterior, which is most welcomed. During our time with the Galaxy Note 4 and Galaxy Alpha, we had high hopes that the same work would be done on the Galaxy S6’s body.

As for specifications, not too much has been rumored for the GS6, but we do have a few tiny pieces of info to look forward to. To sum it it, we could expect to see a 5.2″ or 5.5″ QHD Super AMOLED display, 64-bit Snapdragon 810 processor, 16MP rear-facing shooter, and Android 5.0+ out of the box.

While there is a huge chance these images are iffy, now is a good time to start crossing your fingers for a good phone from Samsung. After the Galaxy S5, which we did not think very highly of, we hope Samsung comes back with a winner.

What do you think of the alleged looks of the phone?