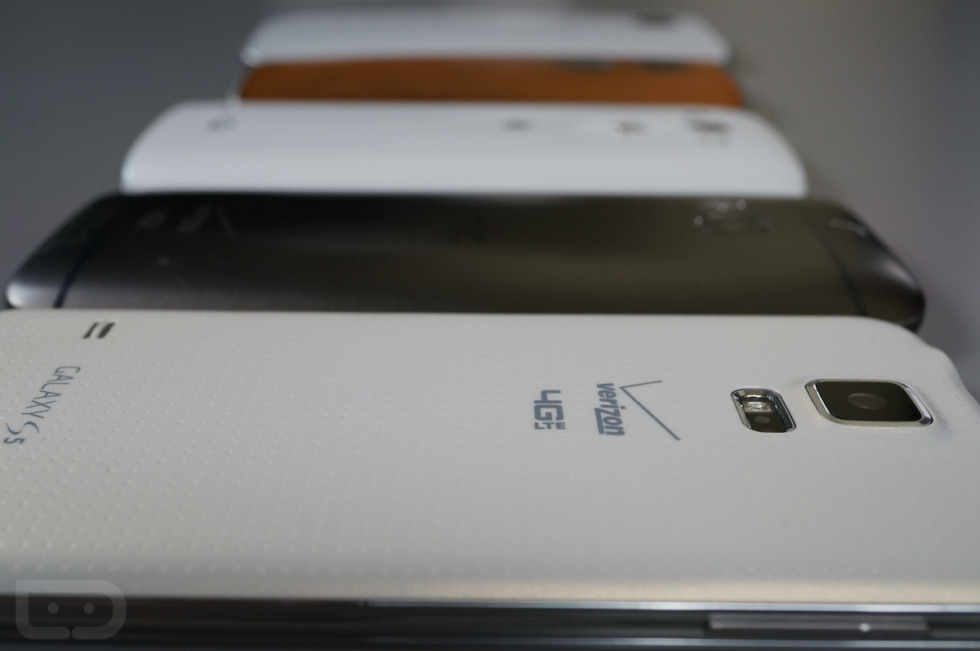 2014 is less than two weeks from being officially in the books. It has been a solid year for smartphone tech, especially on Android, though I’m not sure this year carried the same weight or significance as years past. Don’t get me wrong, it was a good year and a bunch of really great smartphones were released that will last a long time, I just don’t know how many of them will be all that memorable in a couple of years from now. With that said, we still need to decide who came out on top.

We saw follow-up flagships from all of the major players, like Samsung, Google, Motorola, LG, Sony, and HTC. None of them really took any chances, but they all still delivered phones that you would have no difficulty finding supporters of. Beyond the standard crew, we also saw Sony finally enter the US market while its newest flagship was still fairly fresh, and OnePlus made a big splash while pissing people off along the way. Like I just said – there were a ton of options, all of which were good in their own right.

We will have our DL staff top lists here shortly, but for now, we want to know the DL reader phone of the year. Who are you taking?

What is the Android Phone of the Year?