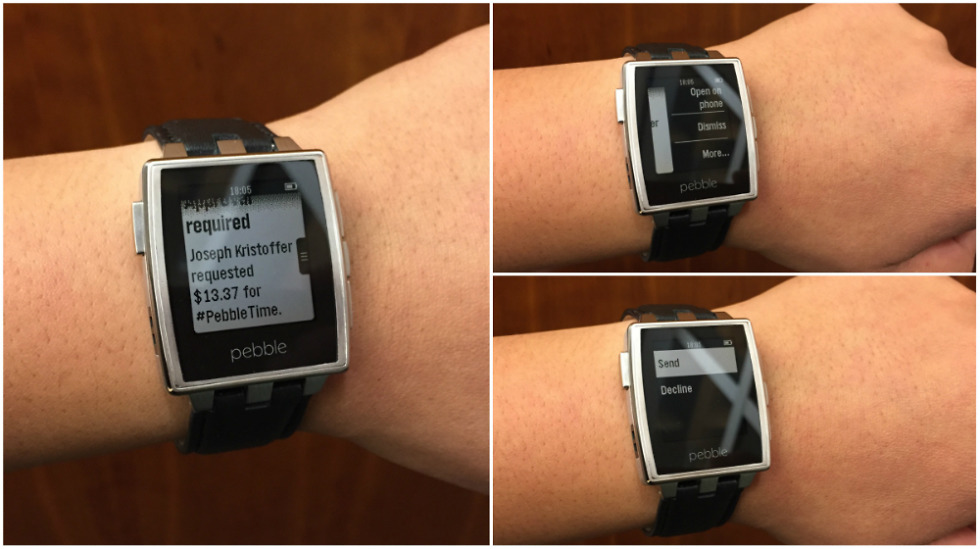 The team over at Pebble has exciting news for Android users, as two big features have been launched inside Version 2.3 of the Pebble Beta app. After updating, Pebble users will be able to see and utilize Android Wear-like notifications, as if you owned a Moto 360 or G Watch R. For example, if you receive a message through Hangouts, a notification will appear on your Pebble, which will allow you to reply to said message via selected emojis.

In addition to enhanced notifications on your Pebble, support for Android devices running 4.0+ has been added for the beta application. Lastly, auto app updates has been built in, allowing your watch to update software while it sits idling on a charger. Clutch.

A ton of bug fixes and improvements have also been thrown in, so if you own a Pebble, you will want this update.

Interested in getting these features on your Pebble? Join the app beta community here.