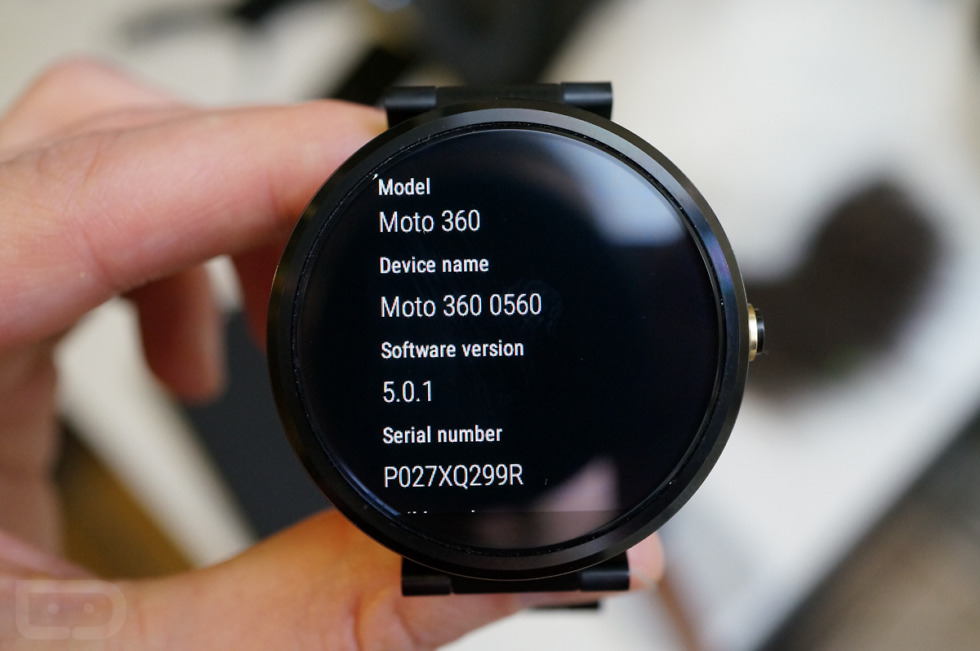 According to post at Motorola’s support forum, the full rollout of the new Android 5.0.1 “Lollipop” update for Android Wear should begin today for all owners of the Moto 360. In fact, if you aren’t notified to update, you should be able to pull it by heading into Settings>About and tapping on “System updates.”

The forum post details the changes that accompany the update, but also lists out the rollout schedule by percentage. On 12/10, the update rolled out to 5% of Moto 360 owners, but has increased since, going to 25% on 12/11, then 50% on 12/13. Today is the final push, with the update supposedly being made available to a full 100% of users.

We don’t know if this is a Moto 360 schedule only or if other Android Wear devices are also getting the full green light today. If anything, you might as well check your device. We also don’t know what time that a manual pull of the update will go live – at this time we are not able to pull on one of our 360s that has yet to see the update.

To get an overview of this massive update, be sure to watch the video below.

Update 12/16:  So, the update never did rollout to everyone. Could be because an even newer build with bug fixes is already on the way. We received it, with details here.