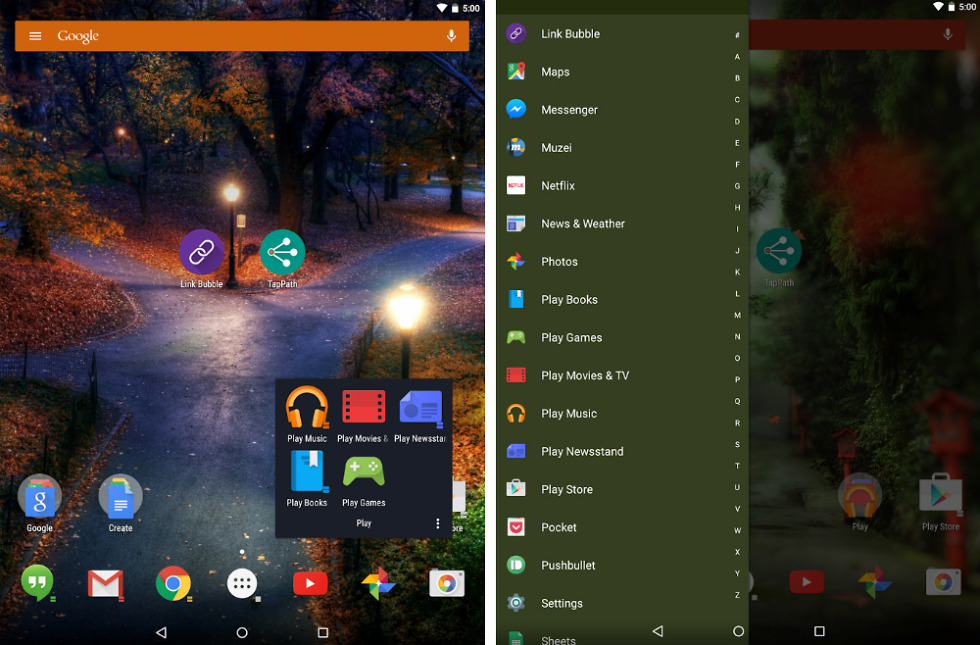 Chris Lacy is back, and this time, he has a completely rewritten and redesigned launcher app for the Android world. Titled Action Launcher 3, the app has been rewritten from the ground up, and wouldn’t you know it, a new pricing scheme has also been deployed.

Chris states that the update, “takes everything people really loved about Action Launcher in the past, mixes it with Google Now Launcher, and infuses it with Material Design.” Sounds like the ultimate 3rd party launcher to me.

As for what users can expect to find, the Quickdrawer, Covers, and Shutters have been optimized, allowing for a more fluid experience. In addition, a new feature called Quicktheme, will extract the colors from your current wallpaper which you can then apply to your theme. This should make for a very sexy look on your device.

The launcher is free to download on Google Play, but for Pro features inside the app, you will need to purchase the Pro IAP for $5.

As a very important note, for those who purchased previous versions of Action Launcher, you will need to repurchase this new version to take advantage of the Pro features. The reason for this, Chris states, is because, “it would have been very tough for me to justify the months and months of Action Launcher 3 development time if I wasn’t going to charge people for the upgrade. I hope/think once most people see/use Action Launcher 3, they will be very happy I spent this time developing it, and accept the decision to charge for it.”