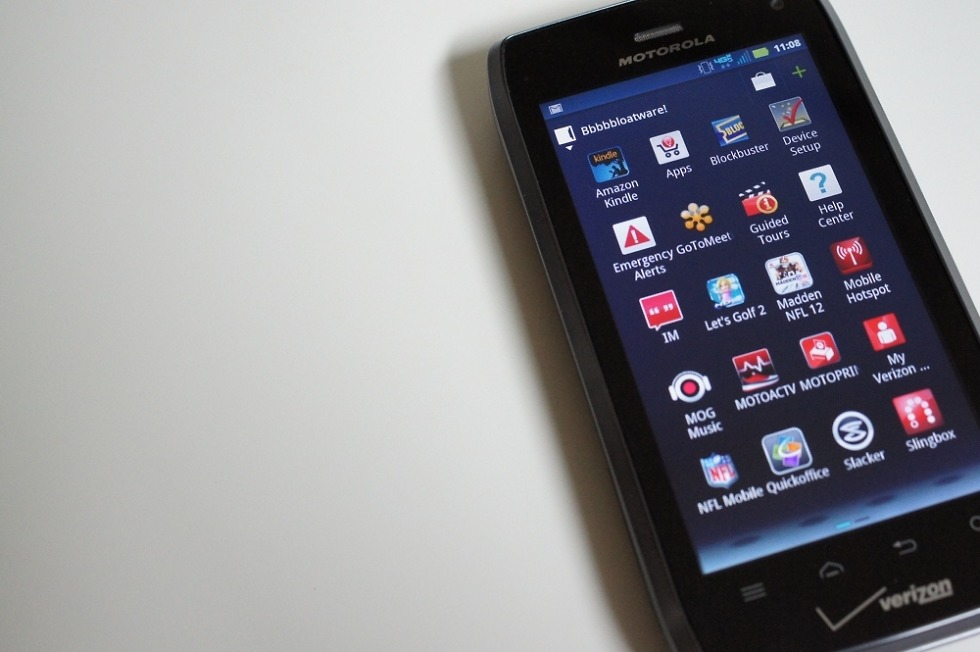 If you follow technology news – specifically mobile related news – on a daily basis, then you likely saw the barrage of stories yesterday involving a service or company or back-alley app dealer called DT Ignite. This service was allegedly found to have been reinstalling bloatware apps on the T-Mobile Galaxy Note 4 after reboots, even though the users had previously uninstalled them. As people began digging deeper into this DT Ignite service, Verizon was found to have been using it as well, which of course, caused the story to grow. While this is indeed relevant news because we all hate bloatware, there are some things to talk about here.

First, we wrote about Verizon using either DT Ignite or a similar service back in July to install bloatware. We all (rightfully) freaked out then. This is not new news.

But let’s back up and talk about DT Ignite. DT Ignite is a service/app (runs in the background of your phone) that helps carriers install bloatware (unwanted apps) onto phones upon initial activation or following a factory reset. The service helps carriers monetize the bloatware game by targeting customers in specific areas or markets and serving them targeted apps. So instead of pre-loading a select set of bloatware on all phones (as has been the case for years), carriers can use DT Ignite to get the most bang for their bloatware buck by only serving targeted apps when a phone first boots, activates, or factory resets.

The apps are downloaded to your phone, but the data being used is “zero-rated,” according to a source of ours, so it won’t ever count against your cap. The apps also should only install upon factory resetting or activation, not after reboots, as has been reported by a number of T-Mobile Note 4 users. In fact, a source of ours that is familiar with DT Ignite has said that they cannot reproduce app re-installs as forum members from reddit to XDA are claiming.

The only other way outside of activation or a factory reset that DT Ignite can install bloatware, is after a system update. The service is not supposed to run or request apps outside of those three scenarios.

If you are looking for good in the way that DT Ignite distributes bloatware, just know that the service claims that it can help speed-up the system update process for carriers. Since it installs apps on the side, keeping them out of the system ROM, the time it takes to test and get a system update ready can theoretically be shortened. Also, as we mentioned back in July, these apps can all (at least that’s our understanding of how it should work) be uninstalled, which is not the case with many system-baked bloatware apps. All clear?

So what’s the deal here? Well, DT Ignite is a newish service being used by carriers to install bloatware on your phones when you first activate them, factory reset them, or if the carrier requests, after a system update. Again, we wrote about it in July, so this isn’t new news. These apps can be uninstalled. These app downloads do not count against your data usage. By using this service, carriers may even be able to speed-up the system update schedule.

In the end, this is what we are looking at. Carriers make a boatload of money through bloatware deals. It’s not going anywhere any time soon. We all hate it and will always hate it. It is an unfortunate part of the game that, if we buy carrier-tied devices, will have to deal with. Does this DT Ignite method sound like good news for you and I? Well, it still involves bloatware on our phones, so not exactly. With that said, it probably is going to be better in the long run than the previous method of baking everything into the system ROM. If this service can speed-up updates and continue to allow you to uninstall bloatware apps, then that’s better than what we had.

tl;dr – Bloatware still sucks. Carriers make too much money off of it for it to go away, though. They are using a new service called DT Ignite to distribute it. It has good and bad things to it. The bloatware sky didn’t fall yesterday, we the media, simply sensationalized a story that originally surfaced back in July, thanks to a handful of reports in forums.