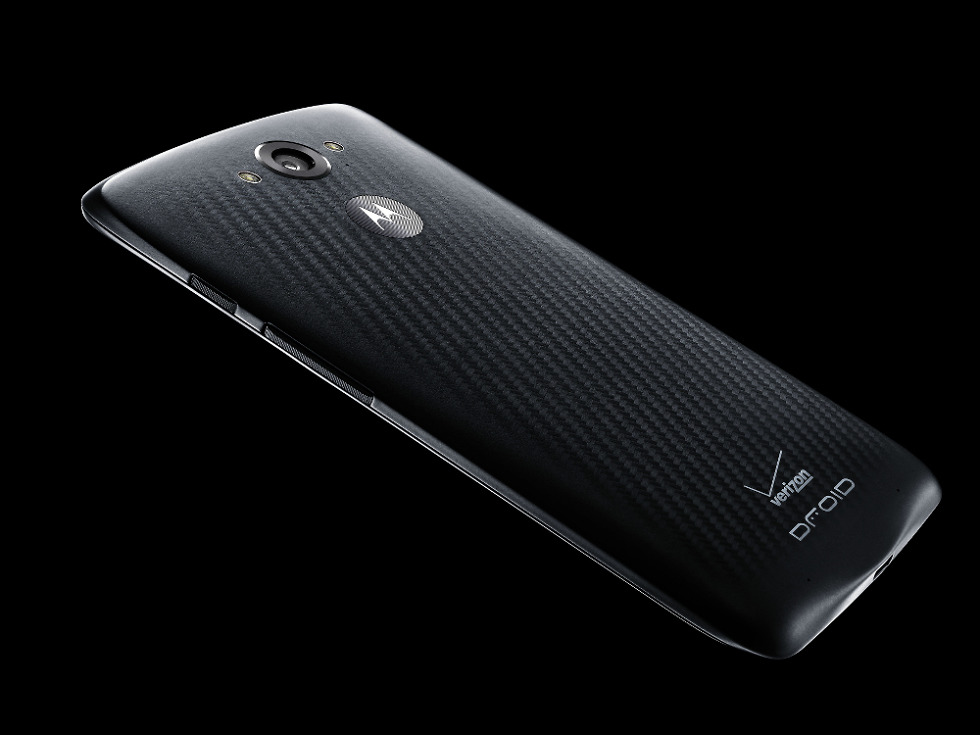 A new DROID is here. The DROID Turbo by Motorola has been announced as the next DROID-branded exclusive on Verizon, a phone that should bring back some respect to a line of phones that at one time was thought to be the cream of the crop. Thanks to its next-gen set of specs and massive battery, this is likely the best DROID we have seen in years.

Like the Moto X, the Turbo is splash resistant, uses the suite of Moto apps (Display, Voice, Assist, and Actions), and supports Motorola’s Turbo Charger, which can give you 8 hours of juice in just 15 minutes.

The DROID Turbo will be available online and in Verizon stores on Thursday, October 30, for $199 on 2-year contract or $25 per month on Edge for the 32GB model in Metallic Black, Metallic Red, and Black Ballistic Nylon. The Black Ballistic Nylon version will also come as a 64GB model for $249 on contract.

Below, you will find a full gallery of each color. Video coming soon! 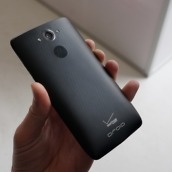 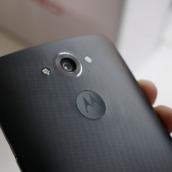 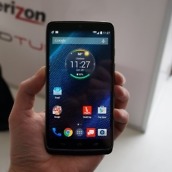 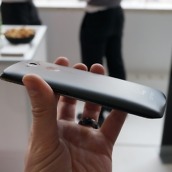 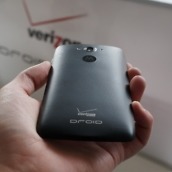 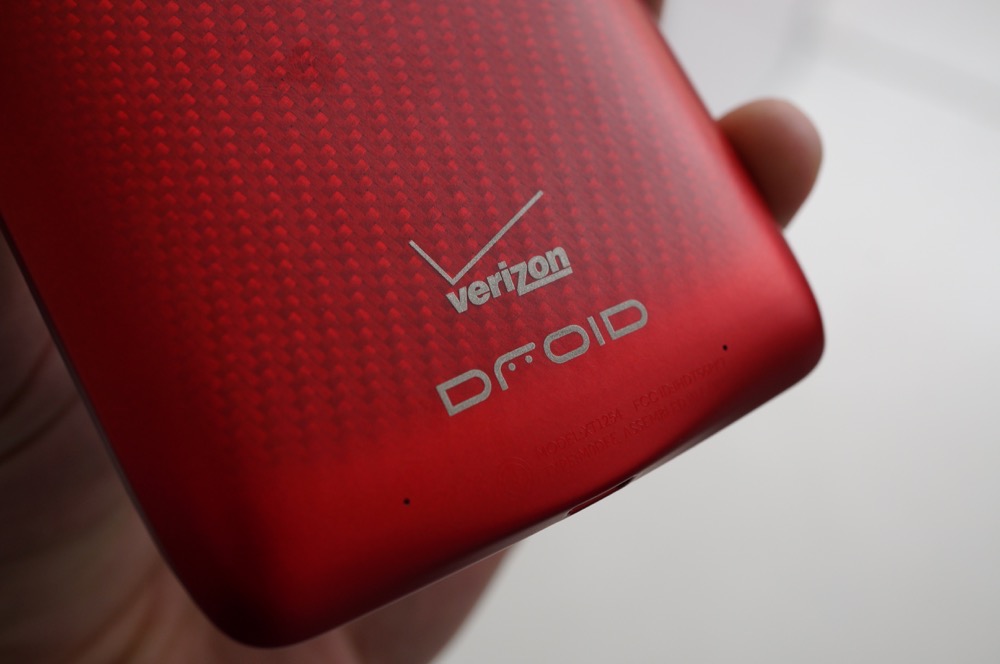 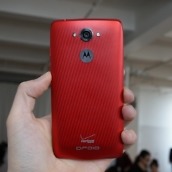 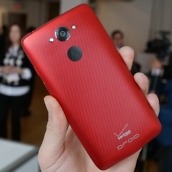 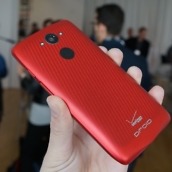 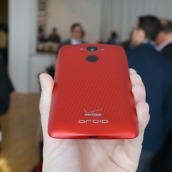 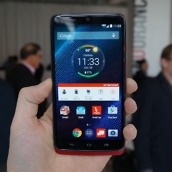 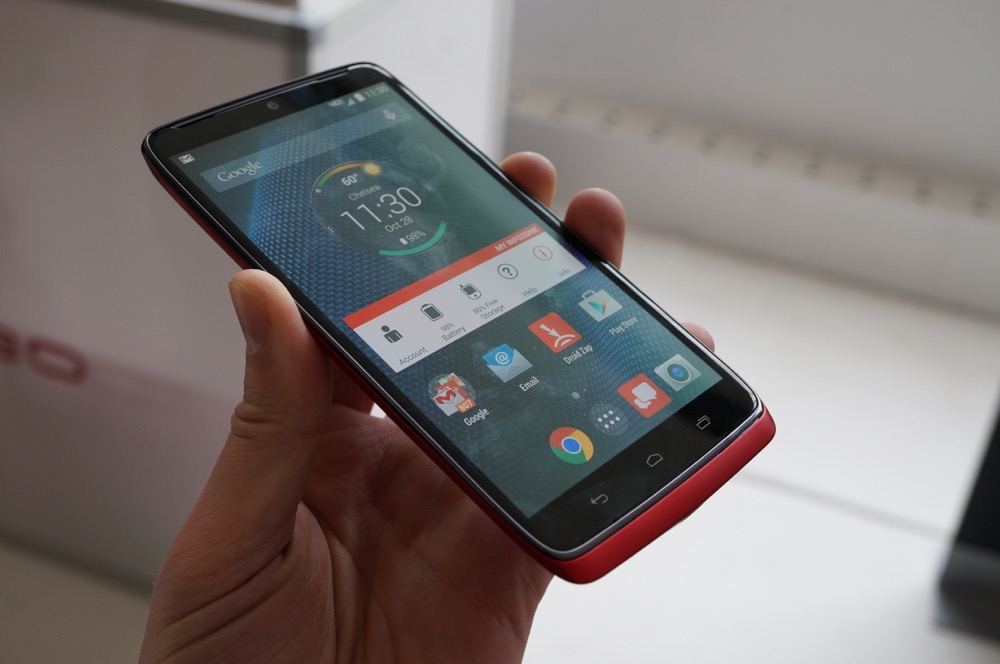 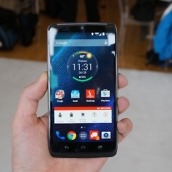 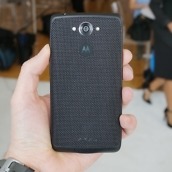 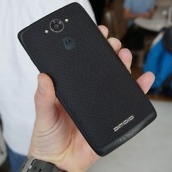 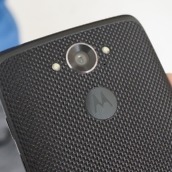 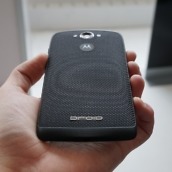 There’s a certain expectation when a smartphone carries the DROID name – strength, endurance, intelligence, and detail. The new XLTE-ready DROID Turbo by motorola carries all these traits and will be available exclusively on the Verizon Wireless 4G LTE network.

And being a DROID Turbo customer has its perks.

Think about what you put your phone through on a daily basis – it’s in your pocket with loose change, tossed into a purse with keys, sat upon if it’s in your back pocket and the accidental splash when it’s just one of those days. The DROID Turbo is designed with all that in mind with its Ballistic Nylon or Metalized Glass Fiber reinforced with DuPont™ Kevlar® fiber, scratch-resistant Corning® Gorilla® Glass 3, and water-repellent nanocoating protecting the inside and out against spills.

That “low battery” alert is something many of us dread, and it usually happens at the worst times. DROID Turbo has a battery that lasts up to 48 hours, so that means it’ll be a while before you see that low battery alert.

Eventually, the alert will appear,   but it might be at a time when you don’t have the time to do a full charge of your phone. Only having a few minutes before heading out with friends, layovers in between flights, and many other countless scenarios – we’ve all been there.

The new DROID comes with a turbo charging feature so when you’re low on battery, a 15 minute charge can get you up to 8 hours of use. DROID Turbo comes with the Motorola turbo power charger in the box at no additional cost. And for added convenience, the new DROID is wireless charging capable.

A smartphone is exactly that, a smart phone. And DROID Turbo has smart features that make the most used features on the phone better. Moto Display wakes up the phone to show the time and notifications when you reach for the phone. You can also wave your hand over the screen to dismiss a phone call or silence an alarm. The Droid Zap app has also been enhanced with the Zap Zone feature that makes it easy to share pictures and videos with nearby friends you invite to your zone. Plus, Zap to TV uses Google Chromecast to create a slideshow on a big screen.

Smart features like these are best paired with a powerful processor. DROID Turbo has a 2.7GHz quad-core processor and has 3GB of RAM for multi-tasking and running your favorite apps very smoothly.

DROID Turbo has a 21-megapixel camera with 4K video capture and features a 5.2-inch Quad HD display meaning you will want to show off your photography to friends any chance you can whether it be in person or on social media. And when a picture moment happens you want to be fast enough not to miss it. Quick Capture feature lets you twist your wrist twice to launch the camera – no need to press any button or unlock any screens.