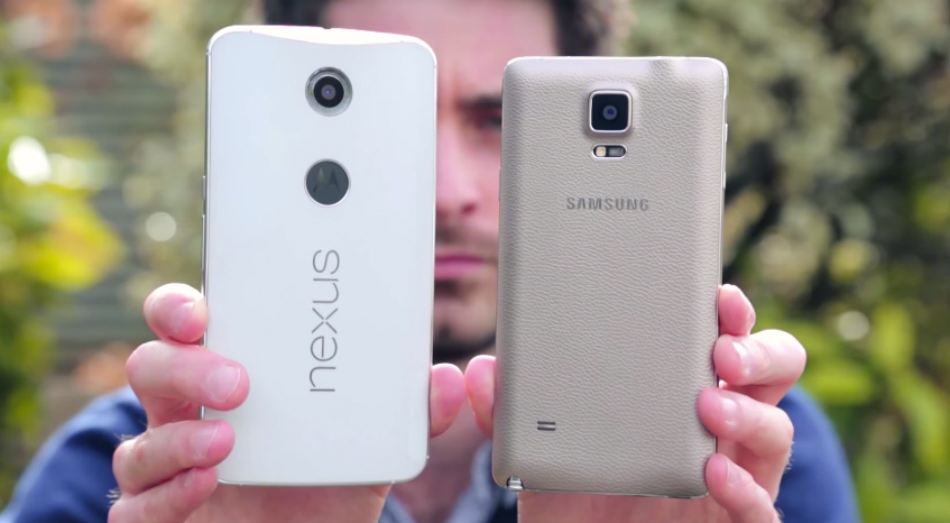 The Nexus 6 from Google and Galaxy Note 4 from Samsung are large devices. There is no getting around that. But just how large are these two handsets when sitting next to one another? Thankfully, the folks over at Carphone Warehouse have answered that question for us, posting a video of the two devices working alongside one another.

Of course, they speak briefly about the Note 4 and all of its proprietary software as well, reminding you to plan on spending a few hours on getting used to everything your new phone can do in terms of features.

Check out the full video below, and let us know if one of these behemoths will be your next smartphone.