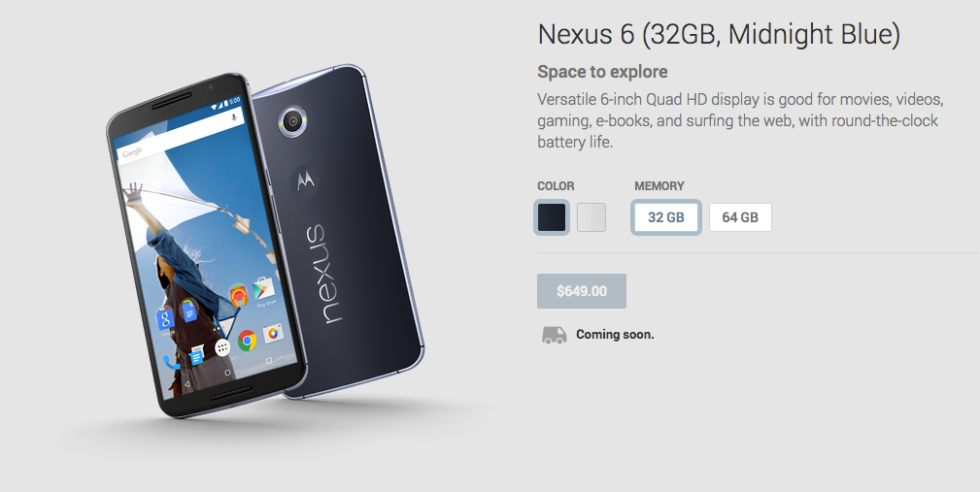 The Nexus 6 from Google and SmartWatch 3 from Sony are now live on Google Play, but for the time being, they are unavailable for purchase or pre-order.

As of this morning, it is not exactly clear when these devices will be available to the masses, but with the pages going live on Google Play, and the Nexus 9 and Nexus Player pre-orders going live, it should be soon. Google stated when the Nexus 6 was announced that pre-orders would be available sometime in “late October.”

If you are interested in either of these devices, we recommend bookmarking these pages and keeping your eyes peeled.