The Nexus 6 is by all means a beast in terms of next-gen specs. It has everything a next-gen flagship device would have – Snapdragon 805, Quad HD display, 13MP camera with OIS, 3GB RAM, up to 64GB of internal storage, a massive battery, and connectivity almost anywhere in the world. This might be the first time that we have seen a Nexus device arrive as the king of the hill, at least on paper. In the past, Nexus devices either seemed a processor behind or were missing a crucial spec or lacked something that other phones all seemed to have. That certainly isn’t the case this time around.

And that got us thinking – what does the Nexus 6 look like when stacked against the two previous Nexus phones, the Nexus 5 and Nexus 4? It, of course, tops them in almost every category, since it is the new kid on the block. But it is still interesting to see how far we have come. Remember when the Nexus 4 completely lacked all LTE connectivity. Well, the Nexus 6 supports a full 12 LTE bands.

Update: Because you asked for it, we added in the Galaxy Nexus.

To see the full comparison, check out the chart below. 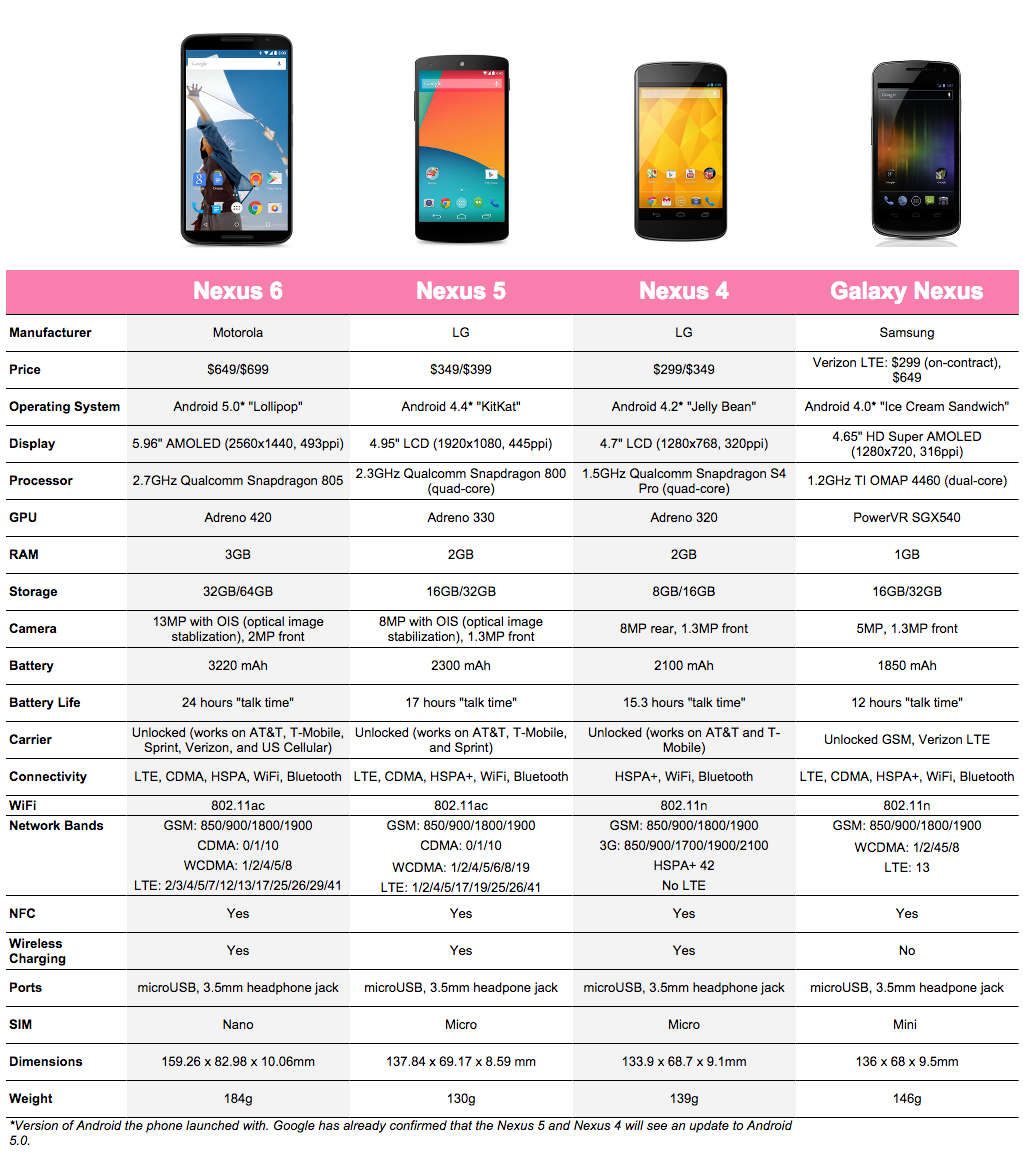