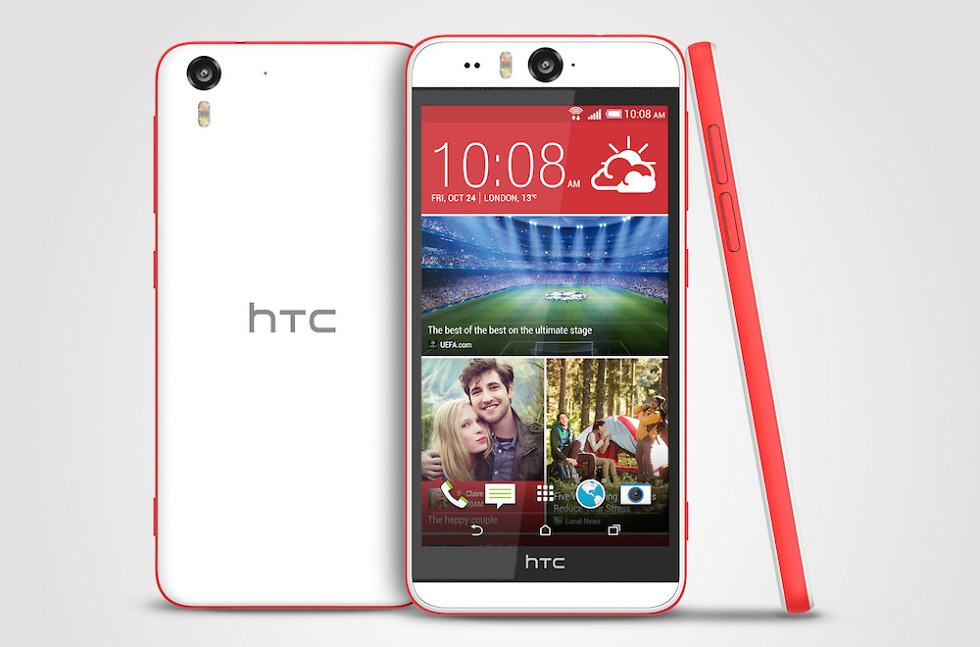 HTC unveiled the Desire Eye this afternoon at the company’s Double Exposure event in New York City. HTC has differentiated the Desire Eye from the competition in an interesting way, as the undoubted highlight of the smartphone, which sports a water-resistant plastic body and removable battery, is the 13-megapixel front-facing camera with dual-LED flash.

The array, capable of capturing 1080p video and bordered by a dedicated microphone, is intended specifically to capture high-quality “selfies.” It is a first for a smartphone, HTC was eager to note.

The Desire Eye does not cut many corners. A Snapdragon 801 processor paired with 2GB of RAM drives the smartphone, which features a 5.2-inch 1080p display. The Desire Eye retains HTC’s much-lauded BoomSound technology, and internally packs 32GB of storage, a microSD slot, and a 2400mAh capacity battery. The rear-facing camera matches the front shooter spec-for-spec, including the dual-LED flash and dedicated microphone.

HTC has tried to leverage the pair of high-quality cameras in logical ways. Snapping a selfie is as easy as raising the phone and issuing a voice command. The Eye Experience app includes a Split Capture mode, which takes a photo with both cameras at once and merges them together. Another feature, compatible with all video conferencing apps, keeps up to four faces in focus at once.

The Desire Eye is set to debut exclusively on AT&T this month. 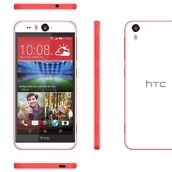 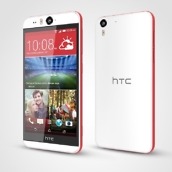 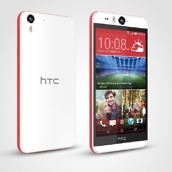 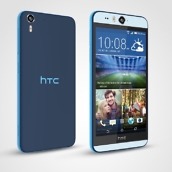 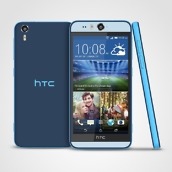