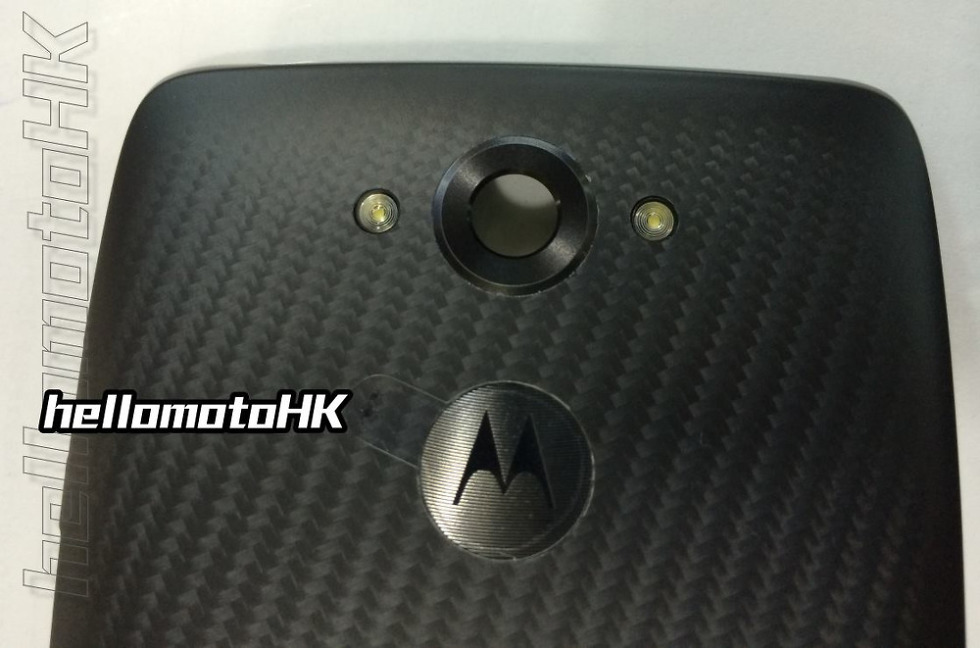 The DROID TURBO is coming to Verizon, likely very soon. We know that it will support Motorola’s Turbo Charger, sport a DROID MAXX-like battery, maybe even wireless charging, and attempt to hide under the codename “quark” in a body that is only slightly larger than the new Moto X. Rumors suggest it will have a QHD display, 3GB RAM, and Snapdragon 805 processor, which would make it Motorola’s most powerful and next-gen phone in years.

Thanks to the folks at HellomotoHK, we may now know what its back panel will look like as well.

Posted to their Facebook page, the HK crew has given us the back panel of a device that looks very DROID-y. The woven, KEVLAR-style from previous DROID devices can’t be unseen, neither can the massive “DROID” logo situated under Verizon’s own branding. The camera sits centered at the top, flanked by dual-LED flashes. The back looks round and bubbly, even more-so than last year’s MAXX, which is situated next to the panel for reference.

This is by no means official proof that this is what the DROID TURBO will look like, but I would be surprised if this isn’t it.

On a related note, from what we have seen, the front of the phone phone will also look very much like last year’s MAXX, meaning capacitive navigation buttons again, along with a front-facing camera that is centered at the top of the display. A massive speaker grill will run along the top of the panel. 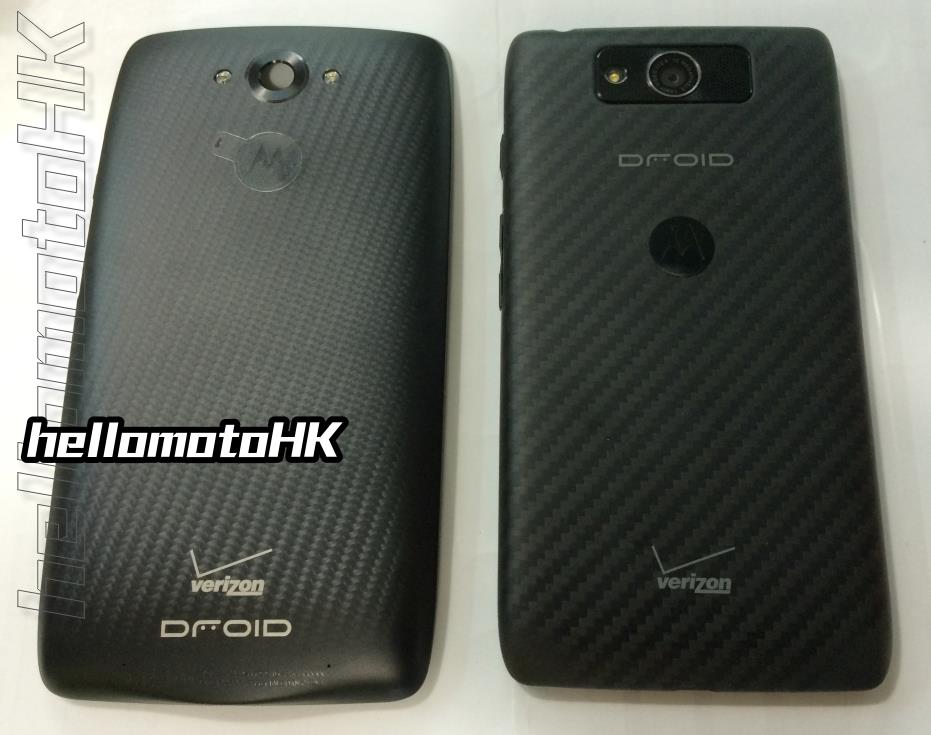 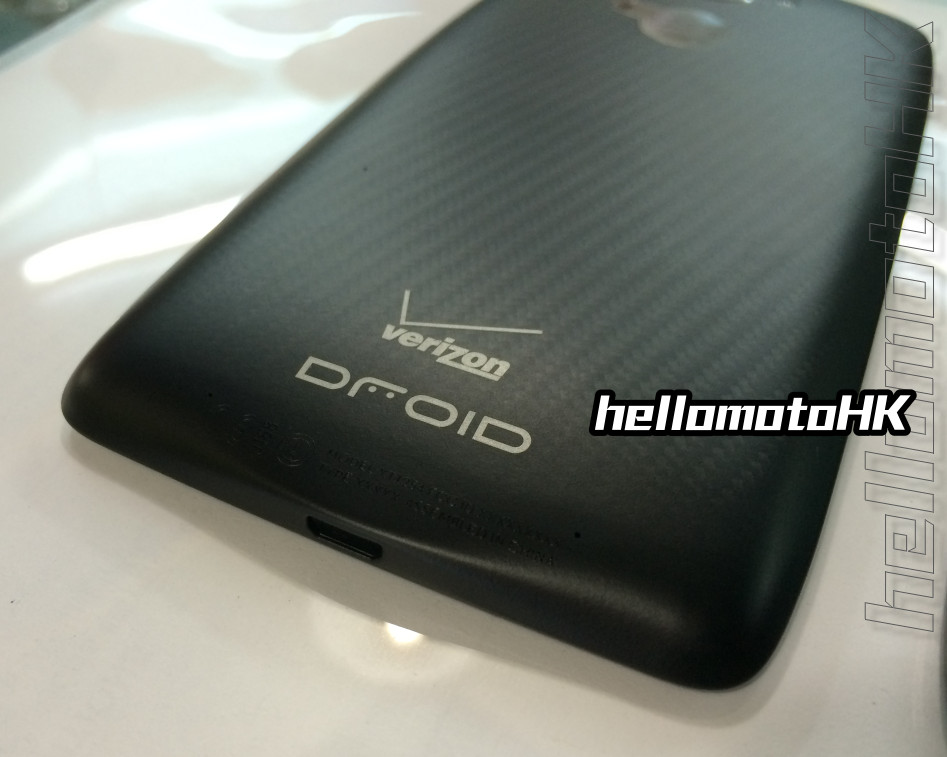