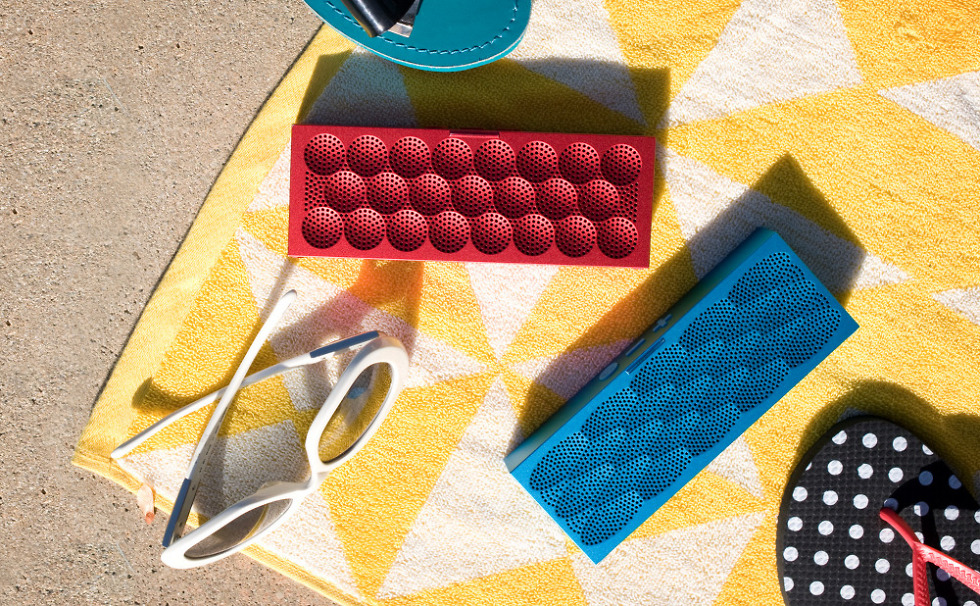 To celebrate a recent price drop to $99 (from $130), AT&T has partnered with us to give away a brand new MINI JAMBOX to one of our fabulous readers.

For those new to the MINI JAMBOX, just know that it’s a smaller version of Jawbone’s popular JAMBOX series of Bluetooth speakers. It lasts for up to 10 hours on a single charge, is pocketable, works as a speakerphone for calls, comes in a variety of fashionable colors, and still gives off “rich, crisp, three-dimensional sound.” Better yet, Jawbone recently released an update called Multi Play that allows users to connect two MINI JAMBOX speakers together for simultaneous sound domination.

To pick up a MINI JAMBOX today, head over to AT&T’s site and check out the variety of colors available.

After that, jump below for contest deals on how you can win one!

On Monday, September 15, we will choose our winner at random at 10AM Pacific.