The Android 4.4.3 update for Verizon’s HTC One (M8) is finally rolling out to users, with Extreme Power Saving Mode in tow. The update was originally supposed to start showing up on phones yesterday, but a slight delay pushed it until today. You all survived, right?

The update weighs in at 673.5MB, according to at least one reader who has already seen it.

Along with EPS, the device has improved hotspot and Bluetooth connectivity. HTC and Verizon also tossed in a Google Security patch – I think you know what that means. In terms of bug fixing, the camera app is more stable, as are LED notifications. Oh, Verizon also mentions in their changelog that a “device root vulnerability issue has been resolved.” 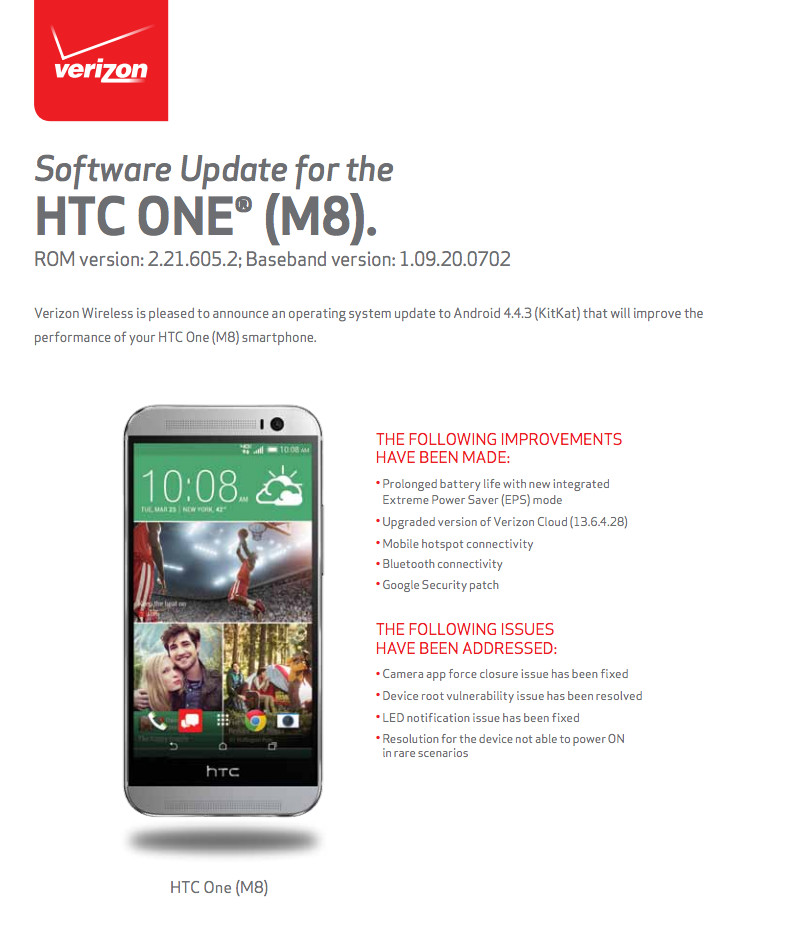