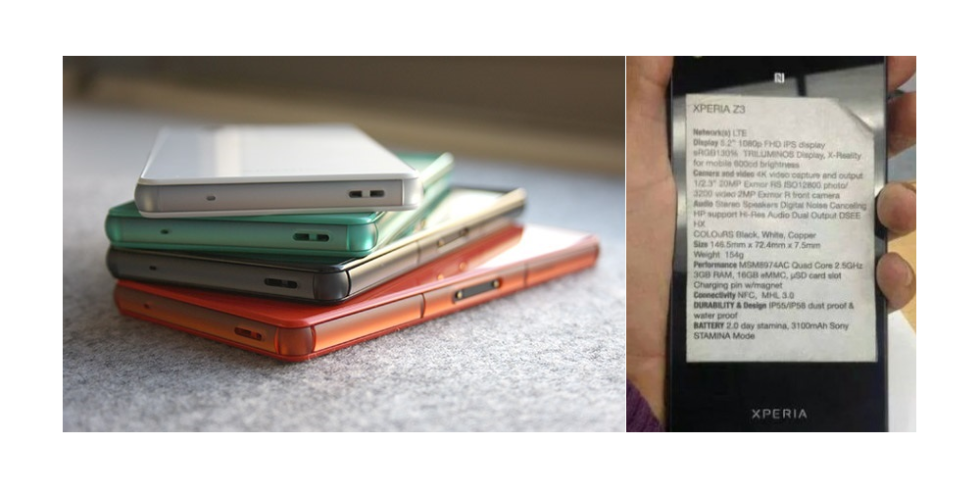 IFA is nearly in full swing, and leaks are starting to spring up left and right. Earlier today, Ausdroid and Xperia Blog uncovered images of Sony’s upcoming Xperia Z3 Compact and Xperia Z3.

Sony appears to be bucking the trend again with the Xperia Z3 Compact, packing respectable specs in a smaller body. The handset – pictured in black, orange, white, and green – will reportedly sport a 720p display, Snapdragon 801 processor, 2GB of RAM, 2600mAh, and a 20.7MP camera. That’s almost spec-for-spec with the flagship Xperia, a welcome development.

The Z3 image managed to capture a specification sheet attached to the back of the smartphone. Assuming it’s accurate, the Z3 is substantively similar to the Z2, at least as far as internals are concerned. Dust and water resistance were a given, but Z3 apparently also retains the same 1080p screen, Snapdragon 801 processor, 3GB of RAM, 20-megapixel camera as its predecessor. What’s changed, then? Sony managed to engineer a slightly smaller frame (7.5mm), but at the expense of power capacity – 3100mAh, a little less than the Z2’s battery.

Sony’s press conference is tomorrow. Barring any last-minute leaks, we expect to learn launch details, such as pricing and availability, at that time. 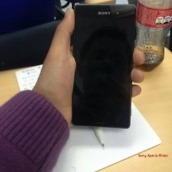 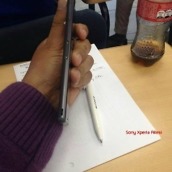 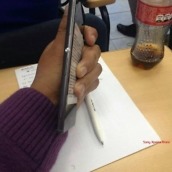 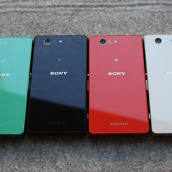