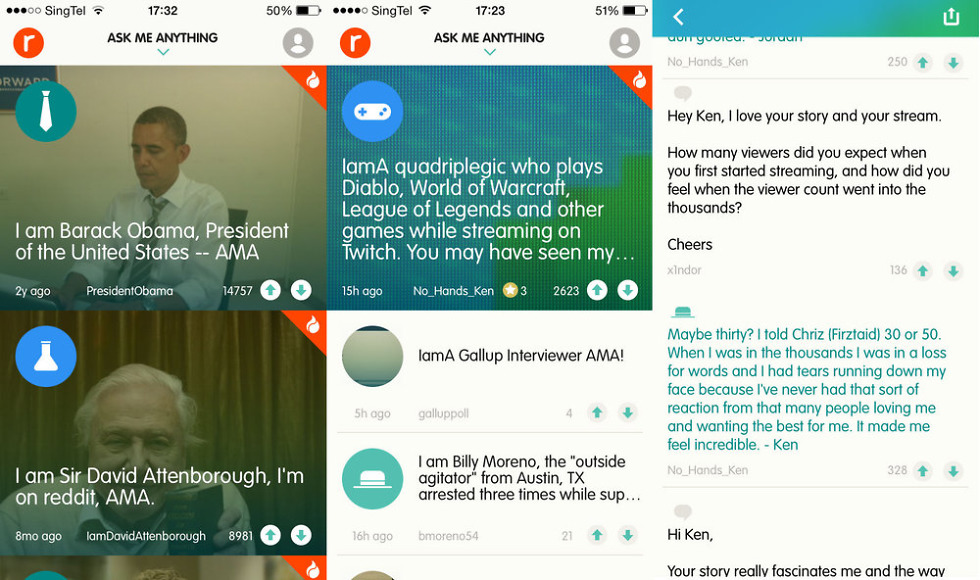 Soon, you won’t have to join Reddit to access one of the social bookmarking site’s most popular features. Ask Me Anything (often colloquially shortened to “AMA”), an opportunity for users to collectively interview people of note, will soon have a dedicated application on Android.

The app is being programmed in house by the company’s development team, which recently saw a swell of new hires. It’s designed to make AMAs simpler to read and interact with – a browsable list of popular and recent AMAs, each with a brief description of the interviewee, will populate the home screen. Should you choose, the app will also notify you of trending and upcoming AMAs.

In the absence of an official Reddit app – the company released an application in 2011 on iOS but quickly delisted after complaints of instability – third parties have largely filled the gap. Reddit’s intention isn’t necessarily to compete with developers who use its API, but the company is looking for ways to turn a profit on what has been a money-losing venture for years; despite more than 133 unique visit

Despite the company’s long-term ambitions to nail monetization, the app will be freely available and without advertising, at least initially. Reddit anticipates a launch later this week on Android. The app is already available on iOS.