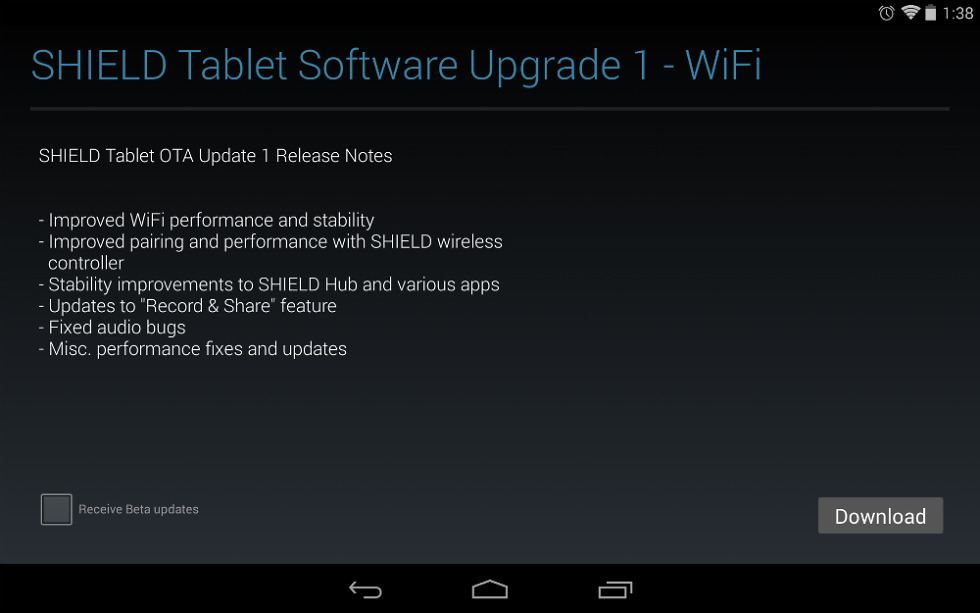 Today, NVIDIA is pushing out an OTA update to owners of the SHIELD Tablet. In the update, NVIDIA includes WiFi stability improvements, improved camera performance, an NVIDIA Prism toggle, and much more.

Own a SHIELD? Head into your Settings menu to begin the install process if you have not yet been prompted to do so.