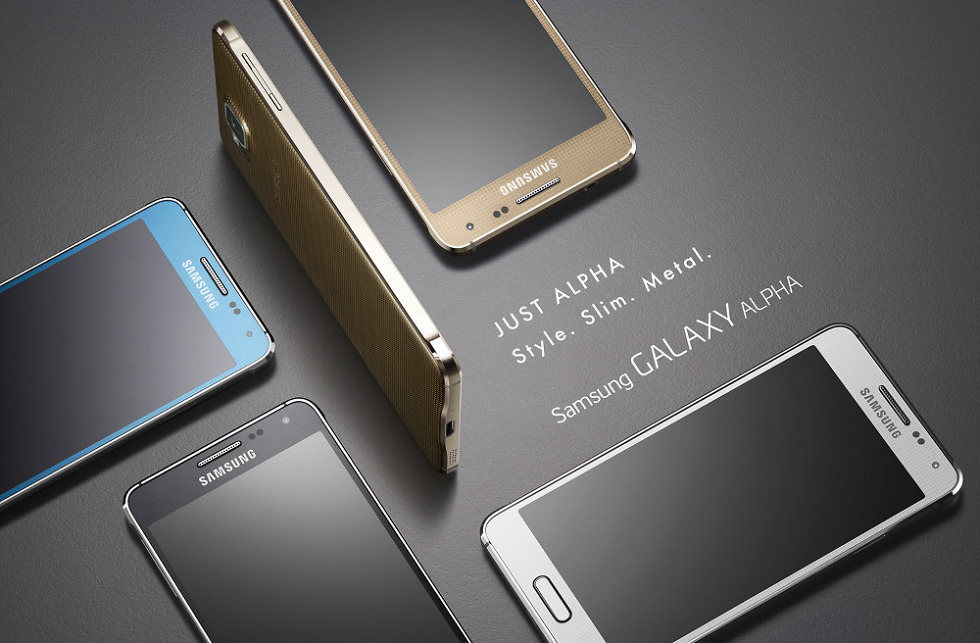 Samsung went ahead and made the oft-leaked Galaxy Alpha official this morning. Sure enough, it has a metal frame, a “solid finish,” and is the evolution of Galaxy design. Confirmed by the press release, this is indeed a mostly mid-range phone by today’s flagship standards, though it could be just a sign of things to come from the Korean manufacturer.

As the press release reminds us, this phone is all about the design, not the specs. By “setting a new standard,” Samsung really is suggesting that this is what you should expect going forward. You could take that as, “We are done with the cheap plastics, it’s time you take us seriously again.”

The Alpha’s design includes the previously mentioned metal frame, along with “elegantly curved corners and a tactile soft back cover.” Samsung says that it is “visually balanced” and the “perfect contrast of both calming, soft matte finish and eye-catching reflection.” OK, then. Oh, it is also one of the slimmest Galaxy devices ever at just 7mm thick.

Galaxy Alpha will be available at the beginning of September in Charcoal Black, Dazzling White, Frosted Gold, Sleek Silver, and Scuba Blue. No specific countries were mentioned for that September launch. No pricing was given either.

To see the metal in action, we have included a massive gallery below, along with the Alpha’s first promo video.

Update:  Here is a spec comparison of the Galaxy Alpha to Samsung’s other flagship phones. 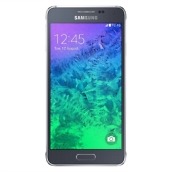 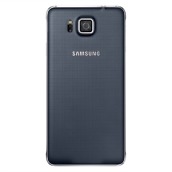 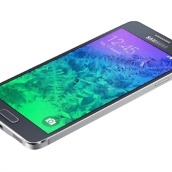 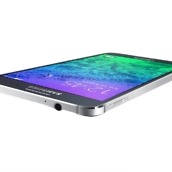 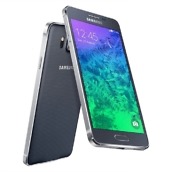 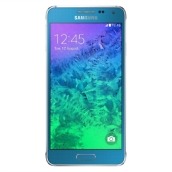 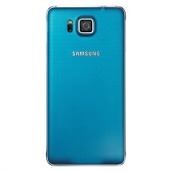 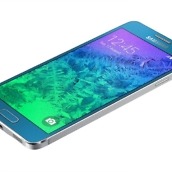 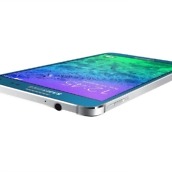 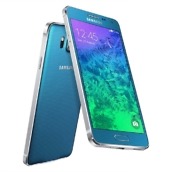 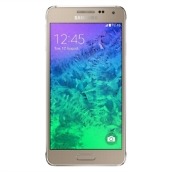 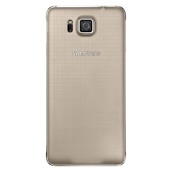 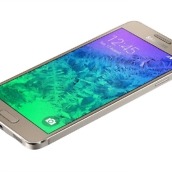 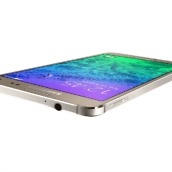 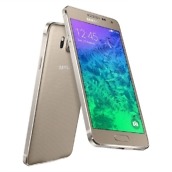 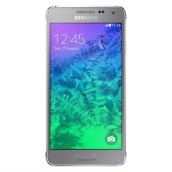 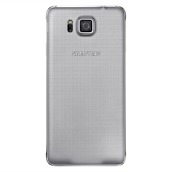 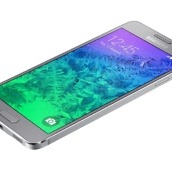 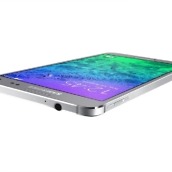 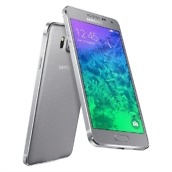 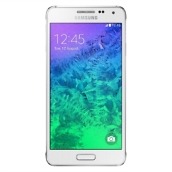 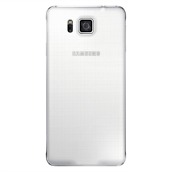 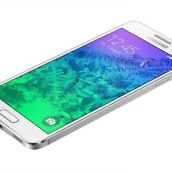 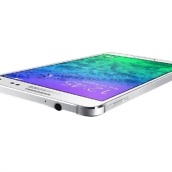 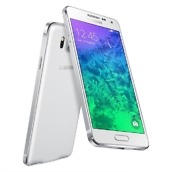 Seoul, Korea – Aug 13, 2014 9AM GMT – Samsung Electronics Co., Ltd. today unveiled its new design approach with the Galaxy Alpha. The latest addition to Samsung’s Galaxy smartphone line, the Galaxy Alpha features a sophisticated design in a carefully constructed compact body with a metal frame and a solid finish, while still maintaining the flagship Galaxy experience. Elegant and practical, the Galaxy Alpha is the optimal convergence of style and cutting-edge technology.

“The Galaxy Alpha was built and designed based on the specific desires of the consumer market,” said JK Shin, CEO and Head of IT & Mobile Communication at Samsung Electronics. “With an entirely new appearance, the Galaxy Alpha focuses on both beauty and functionality combining a stunning metal frame and slim, light weight design with the same powerful hardware and features users expect from a flagship Galaxy mobile device.”

Setting a New Standard for Samsung Galaxy Design
Concentrating on elegant aesthetics and compact construction, Samsung has taken a fresh approach to design with the Galaxy Alpha. Created to help consumers express their unique style without sacrificing functionality, the refined Galaxy Alpha features a sophisticated design with a metal frame, elegantly curved corners and a tactile soft back cover. In addition, it is visually balanced, with the perfect contrast of both a calming, soft matte finish and an eye-catching reflection from the metal frame. At less than 7 mm thick, the Galaxy Alpha is also one of the slimmest Galaxy devices ever, and its uniquely compact construction and light weight provides consumers with maximum in-hand grip and control.

Powerful Samsung Galaxy Experience
Despite its slim and light design, the Galaxy Alpha provides users with the same powerful hardware and features users expect from a flagship Galaxy mobile device. The device is equipped with a brilliant 4.7-inch HD Super AMOLED display as well as an advanced camera and real time HDR for an unrivaled viewing and photo experience. The Galaxy Alpha also includes innovative and popular features such as Ultra-Power Saving Mode, S Health, Finger Print Scanner, Private Mode and connectivity with the latest Samsung Gear Fit, Gear Live and Gear 2 wearables.