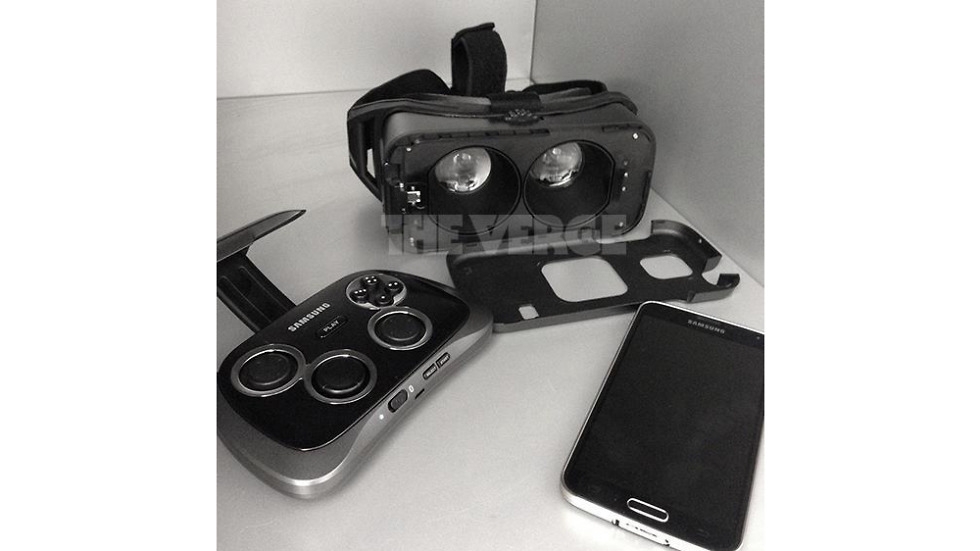 According to the newest leak from The Verge, Samsung is all set to announce and finally unveil its own VR headset, tentatively titled Gear VR, codenamed Project Moonlight, at this year’s IFA event in Berlin, Germany. The Gear VR won’t be the only product Samsung unveils on September 3, as that is also the day the company will show off the latest phone in the Note lineup, the Galaxy Note 4.

The Gear VR, much like Google’s Cardboard contraption, will allow users to attach their phones to the headset, enabling an immersive experience, just as we have seen on Oculus. From what sources claim, Oculus might be involved with this project, but at what capacity is currently unknown.

As for the hardware pictured, what we can see is that there appears to be a focus dial on the frontside, allowing for users to adjust the display’s focus. It is also currently unknown whether the headset will need a hardwired connection via microUSB or simply attaching the unit to your phone will be enough for the effect to work. All these details, and much more, will undoubtedly come on September 3.

With Gear VR, mobile gamers should be in for a treat, as Samsung could also pair its existing gaming controller alongside the headset. That means, with the help of developers, buyers can strap on their headset and be thrown into a completely different world, one which should allow for new forms of interaction and entertainment. As a mobile gamer, I’m psyched.

What is your take on Samsung’s entry into the VR ecosystem? Excited to try one out for yourself once they are made available? And if in fact it does come to market after announcement, what kind of price do you think we could see? $199? Cheaper? Let’s hear your opinion.