This year, if a leaked press invite is to be believed, Sony may introduce products in a few separate categories at this year’s event. According to the invite, the event is set to take place on September 3 (same day as Samsung’s Note 4 event) in Berlin, Germany.

From the images seen on the invite, Sony could be hinting at a new smartphone, new TV, sequel to the QX10 and QX100 detachable camera lenses for phones, and what looks like a set of speakers. As a note, the actual images are probably not of the new devices/products, though.

Whatever Sony does plan to announce at IFA, there is no doubt we will be here to talk about it. However, being the same day as Samsung’s event, it may be hard to not pay attention to the Galaxy Note 4 just a tad bit more. 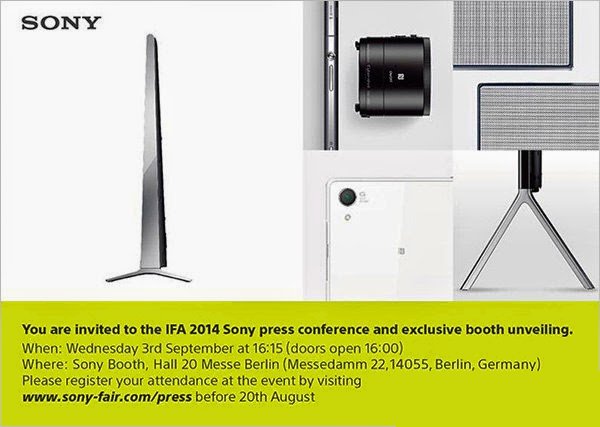